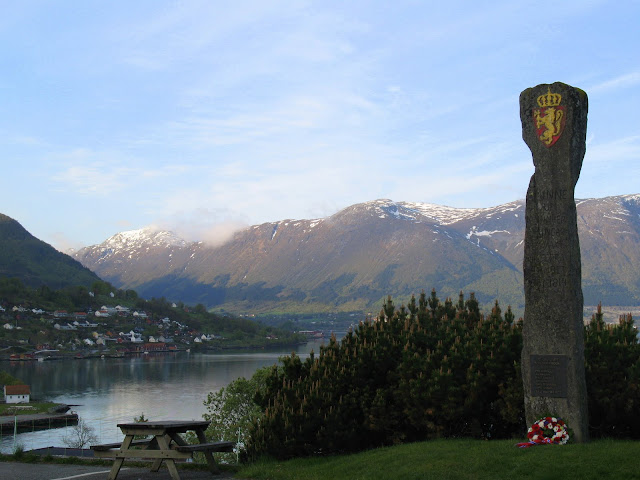 All images by Pepper Key Stacie
This stone features the Norwegian coat of arms, the golden crowned lion with ax, an insignia from the High Middle Ages 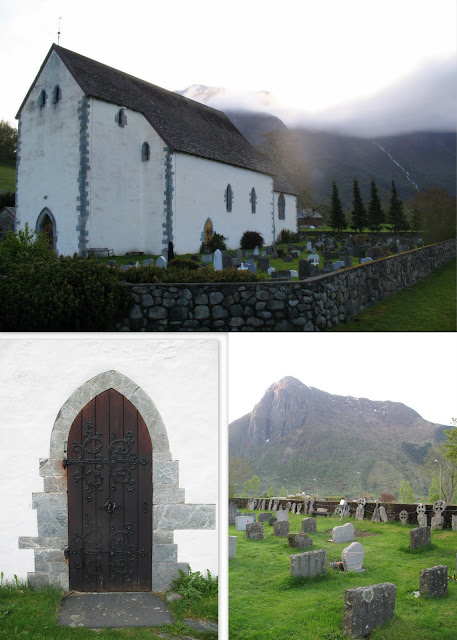 Kvinnherad church is one of the oldest stone churches in western Norway.  It was completed in a mixture of Romanesque and gothic styles in 1250.  It was subject to the Barony Rosendal until 1910 and the first families lie embalmed in a separate sepulchre. 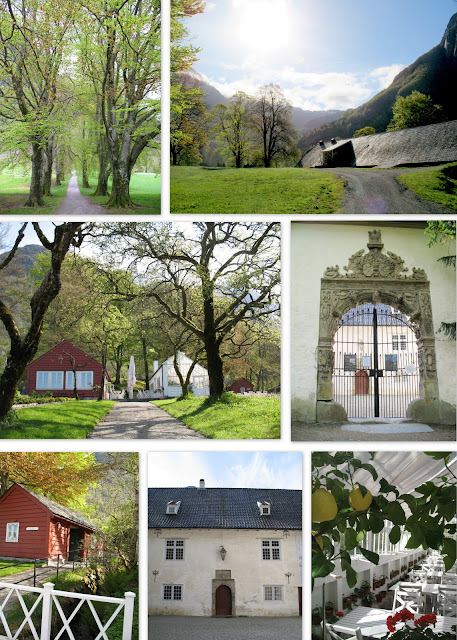 The Barony Rosendal, the smallest castle in Scandinavia, was built by Danish nobleman Ludwig Rosenkrantz.  When he married Karen Mowatt, Norway’s richest heiress at the time, the farmland was given as a wedding gift.  The castle was completed in 1665 but the English renaissance gardens were not  planted until the 1850’s.  Famous author Henrik Ibsen, Jonas Lie, Alexander Kielland and painters Hans Gude and Anders Askvoll visited often and musicians such as Edvard Grieg and Ole Bull were guests. Today there are still concerts played here, as there were centuries ago, and new additions include a bed and breakfast and an adorable greenhoused restaurant on site.