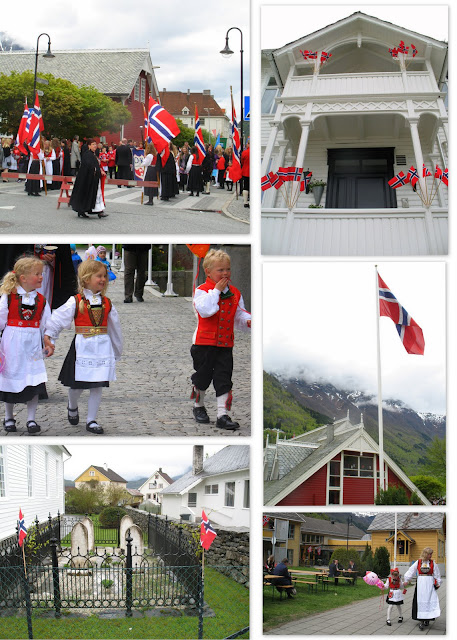 All images by Pepper Key Stacie
The large parade in Odda and a tiny cemetery in Sand
The constitution of Norway was signed on May 17, 1814 which declared Norway an independent nation.  It is a very non military national day, marked with childrens parades and most attendees wearing the traditional Bunad. 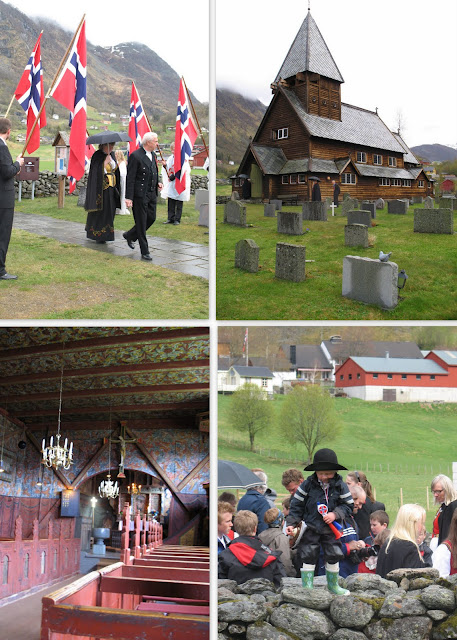 I pulled up to the Roldal stave church luckily just moments before the parade marched to it’s front wall.   I stayed for mass, which I understood not a word but enjoyed the candlelight chandeliers casting light on the richly painted wall paintings that had been finished in the Middle Ages.  Many pilgrims visited this church, originally built in the 1300’s, as it was said to have a crucifix which drops of water emerged every Midsummer Night that had healing properties.  This church was reconstructed in the 1900’s where a dispute occurred due to it’s construction whether it classified as a stave or post church. 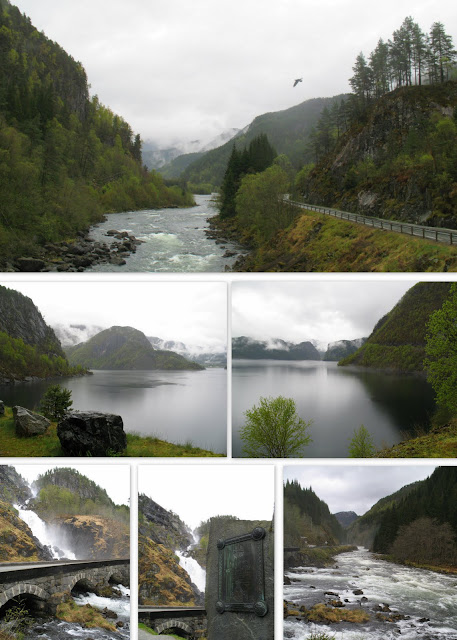 Many scenic stops along the way from Sand to Rosendal