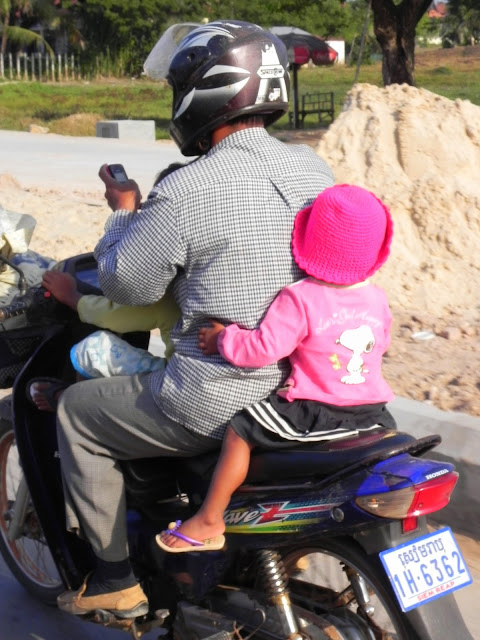 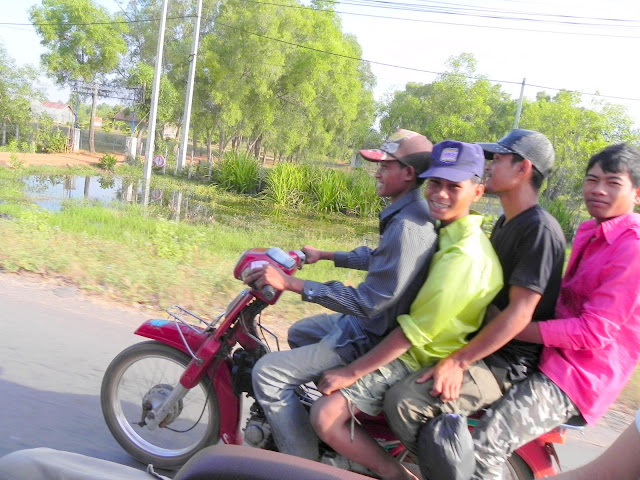 Our first day in Cambodia’s capital, we took a thirty minute tuk-tuk ride outside the city to the Artisans d’Angkor silk farm.  Along the way we saw several mopeds carrying four passengers or more, some with children sandwiched into the pile (notice the driver above texting who thought it best to not only leave helmets off his kids but place his smallest child on the back end), others carrying loads so large you could not  even make out the driver at all.  Once at the farm we were given a tour and explained the entire process from silkworm to textile. I had no idea it was such a lengthy and delicate process to make a scarf!  It is a highly impressive process, please click here for another author’s great overview. 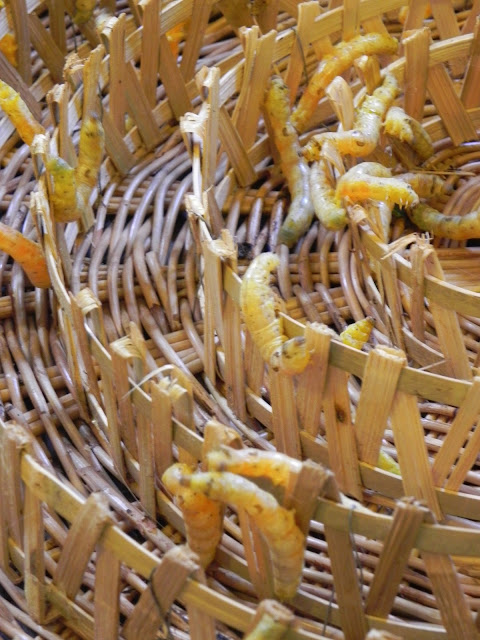 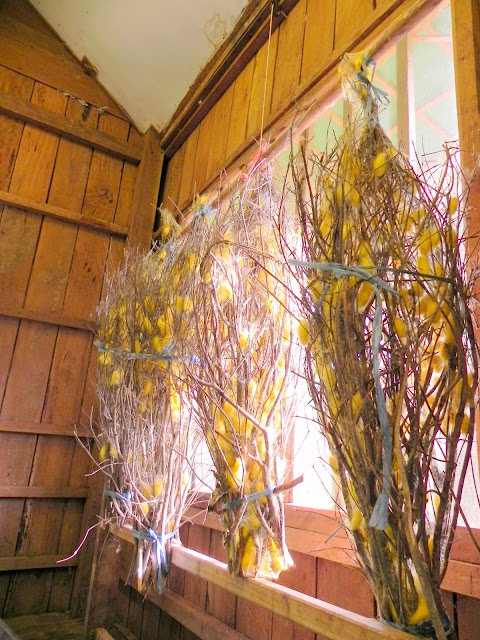 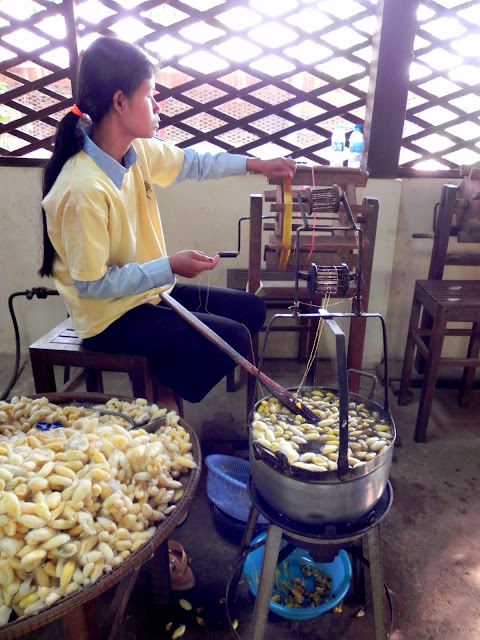 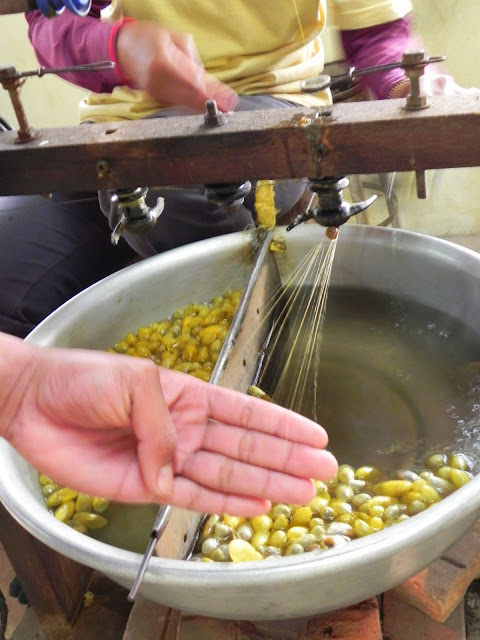 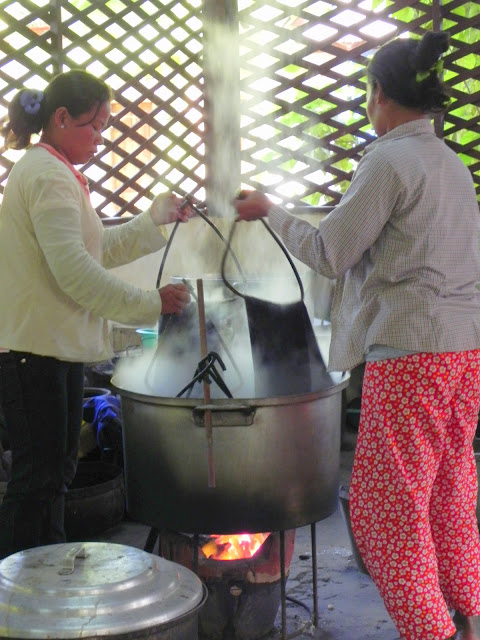 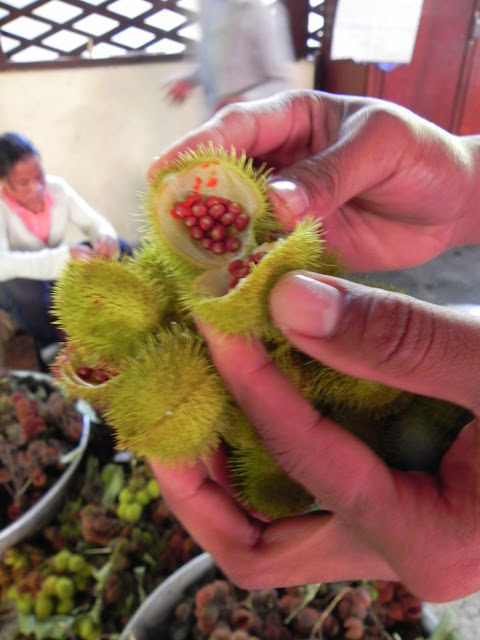 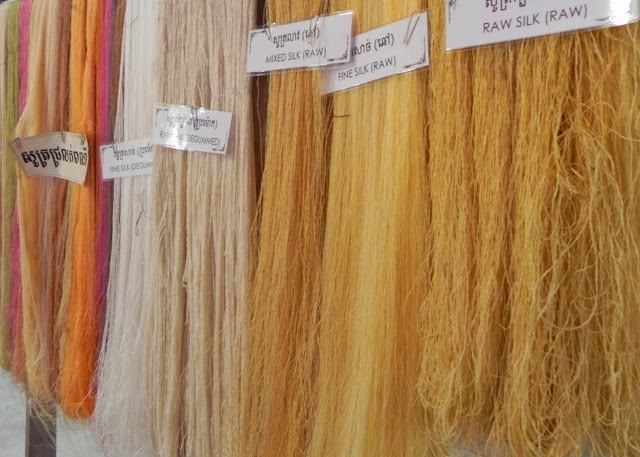 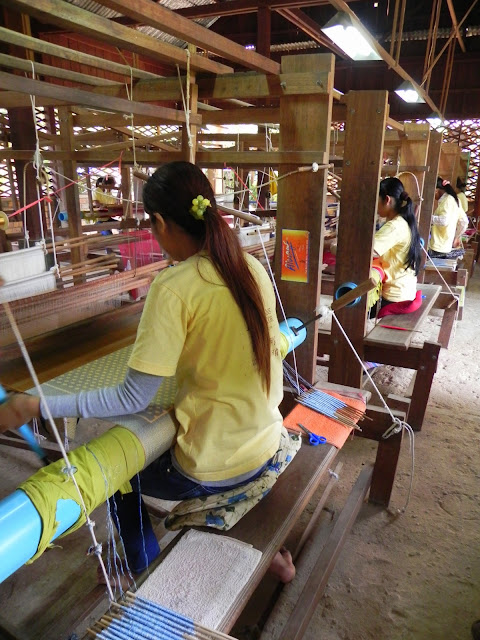 On our way back to the city I snapped a few images of rice fields.  What a tough job that would be; up to your knees in water sogged soil, bending over to collect tiny rice pellets day after day.  Life in general in Cambodia is hard, 40% of the population are living below the poverty line.  We had read about the  Kantha Bopha Children’s Hospital and their desperate need for blood, especially types A and B.  We had our tuk-tuk driver drop us off and within an hour we had successfully left a bit of ourselves in Cambodia in hopes that it would save a life. 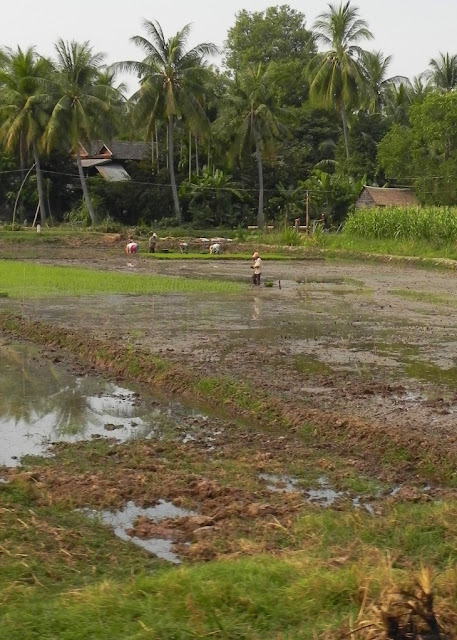 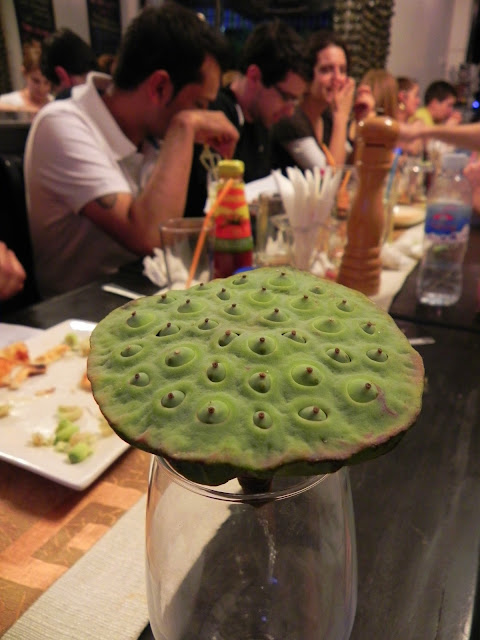 At dinner that night a local woman was selling these lotus seed pods, which are edible and quite fun to eat. 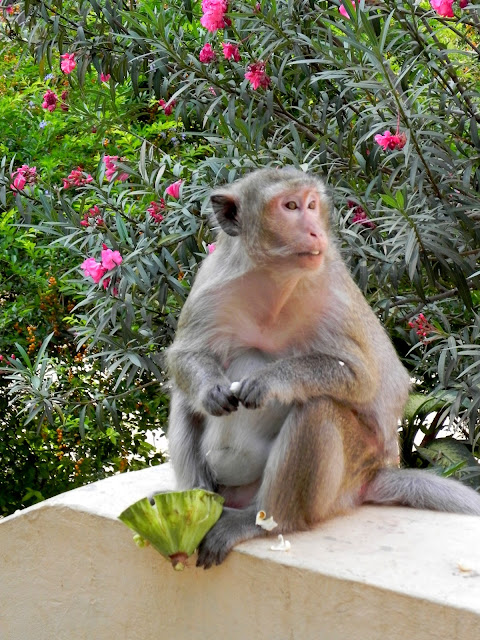 Apparently we are not the only ones to think so 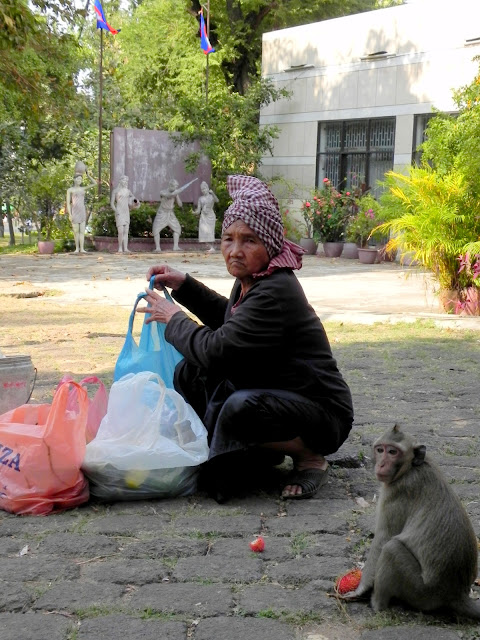 These monkeys are city dwellers, residing in the park surrounding Wat Phnom 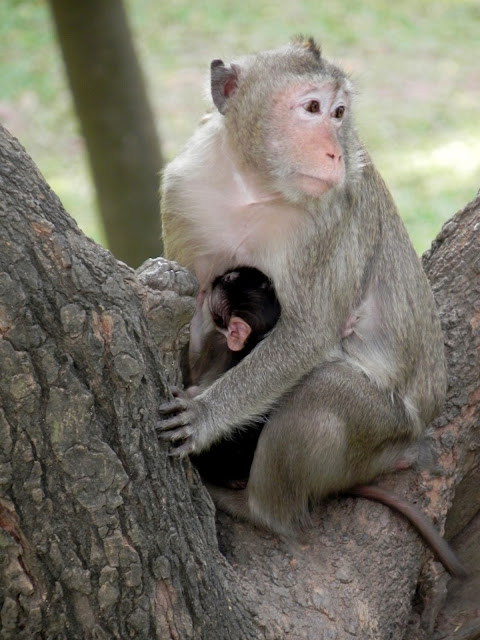 They were quite the entertaining group.  Two youngsters put on quite the show bickering over a pair of mens pants.  This momma seemed to look on with disdain as she nursed her baby. 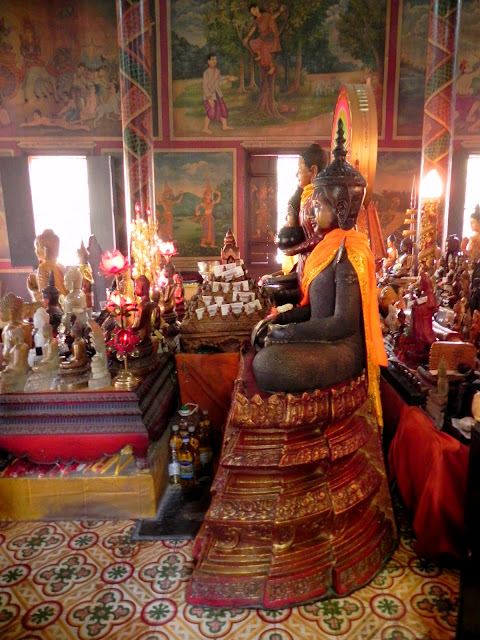 Wat Phnom, literally temple of the mountains, has been a sacred site since 1373 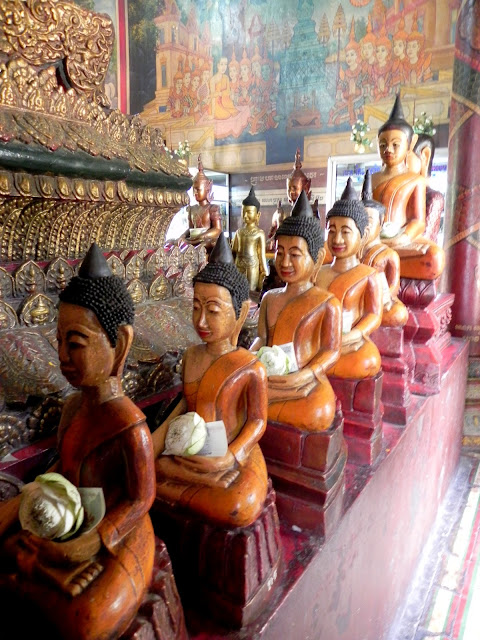 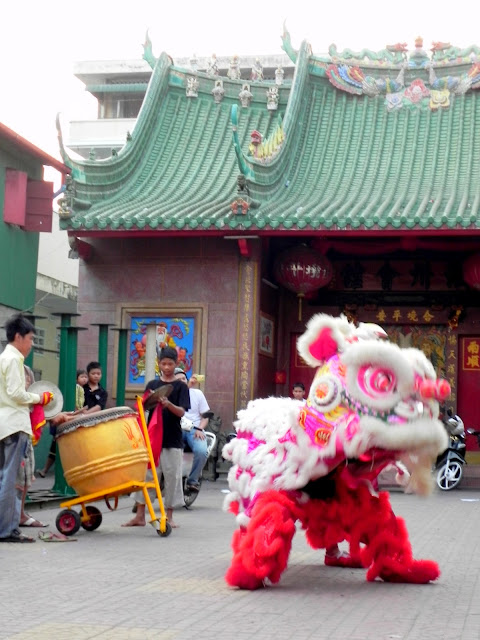 These young men were practicing for the Chinese New Year celebration 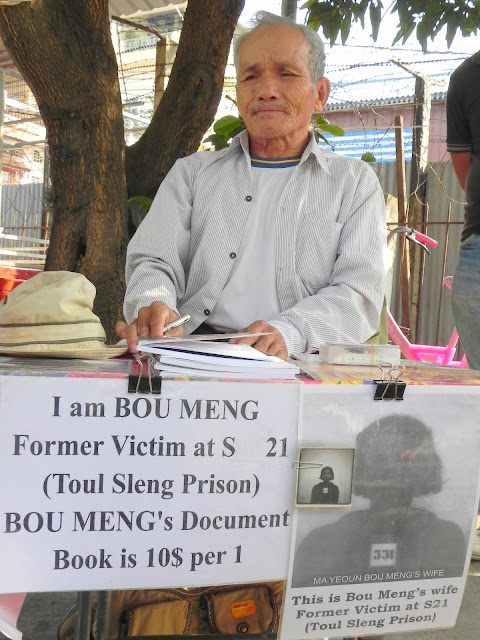 The Tuol Sleng (Hill of the Poisonous Trees) Genocide Museum and the Killing Fields were emotional and perplexing experiences.  A group of us got together and purchased this man’s book, a personal account of his story leading up to his imprisonment on to his miraculous survival.  Out of 17,000 estimated prisoners, he is one of only seven who made it out alive.  I had hoped to gain a better understanding of who this maniac dictator Pol Pot was and exactly why he exterminated an unbelievable 21% of his own people.  Unfortunately there is no clear reason, not in the book, not after talking with Cambodians today on their perspectives and what they have been taught, and not after researching a bit of what the history books  say.  I suppose there is no real answers when it comes to genocide, only shock and disbelief that such horrific events are humanly possible. 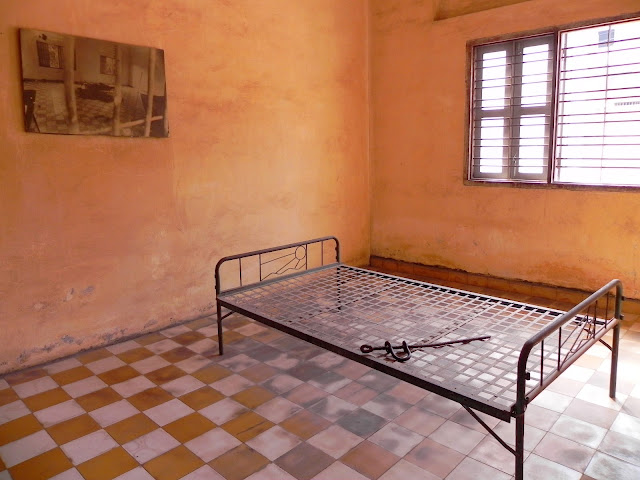 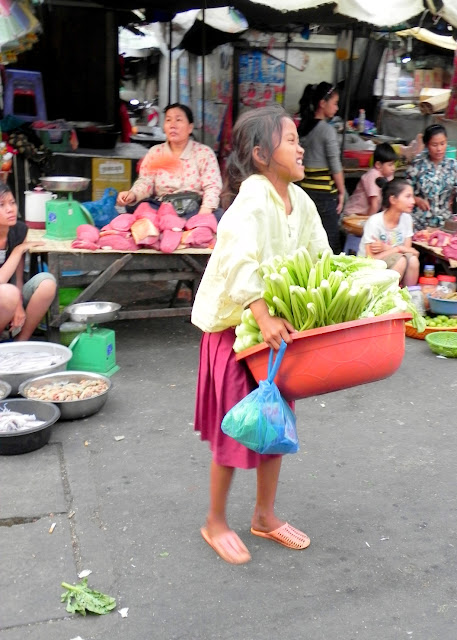 To lighten the heaviness of such atrocities we ended our day at the bustling market; trying to replace all the images of death with images of life in Cambodia today. 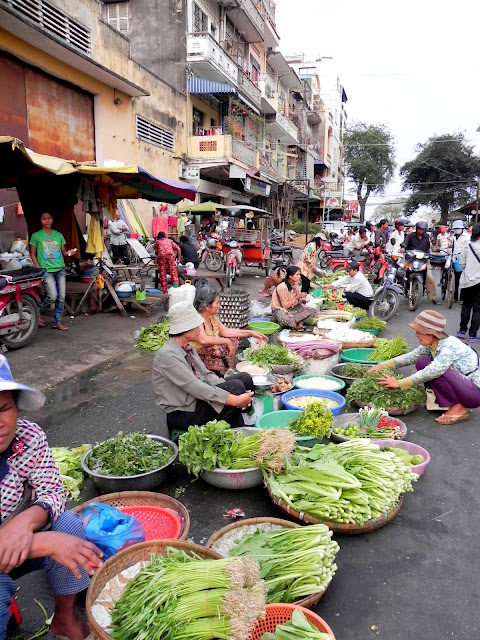