I recently had the opportunity to pay a brief visit to North and Middle Caicos on a scout for Turks and Caicos Productions.  The always efficient big blue unlimited coordinated my adventure.  I arrived at Heaving Down Rock (color coded great map found here) shortly after 6am to check in with the ferry.  This was my first experience using TCI Ferry Service/Caribbean Cruisin’ and by the end of the day I was thoroughly impressed; timely departures and arrivals, courteous and professional staff, and a swift and steady boat ride despite fairly large and in charge swells.  As soon as we arrived at the Sandy Point Marina in North Caicos, Cardinal Arthur and his taxi greeted me and we immediately got to chatting.  I quickly discovered Cardinal Arthur is a 5th generation Turks and Caicos Islander, his legacy pre-dated by his father, Clementine Arthur, and his father’s father, Cain Arthur.  The original Arthur was an African slave who labored in Bermuda before his assignment on John Lorimer’s Haulover Plantation in Middle Caicos.  To read more about Haulover, please click here.  Cardinal’s mother, Ida Forbes (another long standing Turks and Caicos namesake) passed away when he was only twelve years old.  Cardinal shared many stories of his boyhood and  I learned a great deal of Turks and Caicos history in a few hours.  He pointed out many “fire gardens” (slash and burn farming techniques) full of pumpkin, sweet potatoes, sugar cane, bananas, papayas, tomatoes, and stalk after stalk of corn.   He pointed out native sopadilla and wild cherry trees, reminiscing how as children they would pick and eat the fruit as they stumbled upon it.  When I asked Cardinal about  a giant agave on the side of the road, he proclaimed that’s “sisal!” and then explained how it was prepared.  First you would strip the leaves, then soak them under water for 15 days.  Once the fibers became soft then they would be woven into rope.
Our first stop was to Whitby beach, and the old Whitby Hotel, which Cardinal confirmed was the hot and happening place to be in the 1980’s. 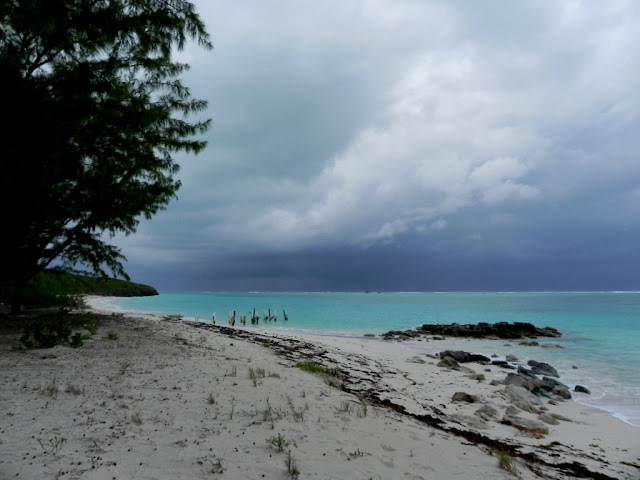 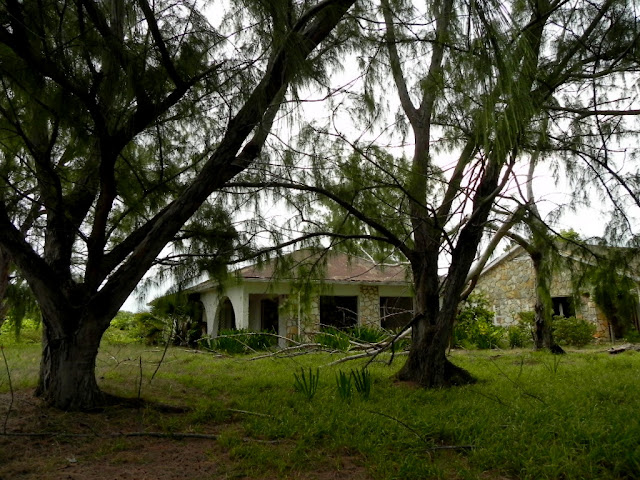 The Whitby hotel used to be accessed by a small inlet channel they made into a mini marina complete with dive boat operation.  A storm filled in the access and perhaps that was the start of the decline.  When I inquired about the giant Causarina pines in the area, he told me they were relatively new, he wasn’t certain if they were even around as early as the seventies. 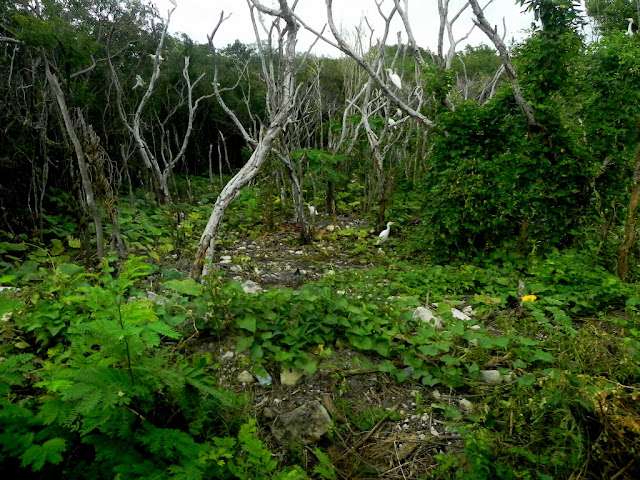 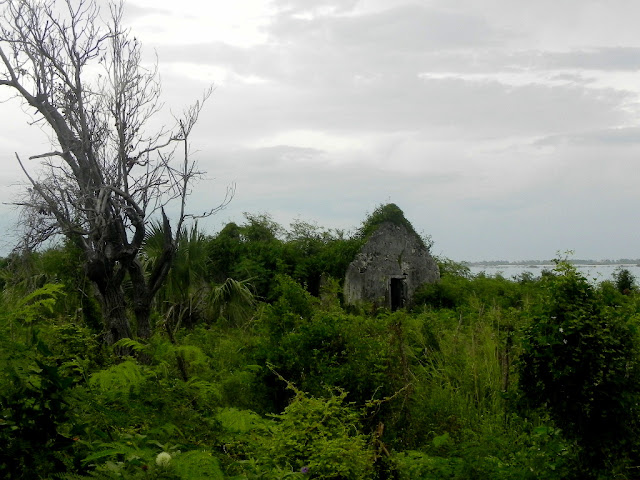 After stops at Horsestable Beach, several grown over ruins, and farms in Bottle Creek, we passed the Ready Money Farm just before arriving at the causeway. 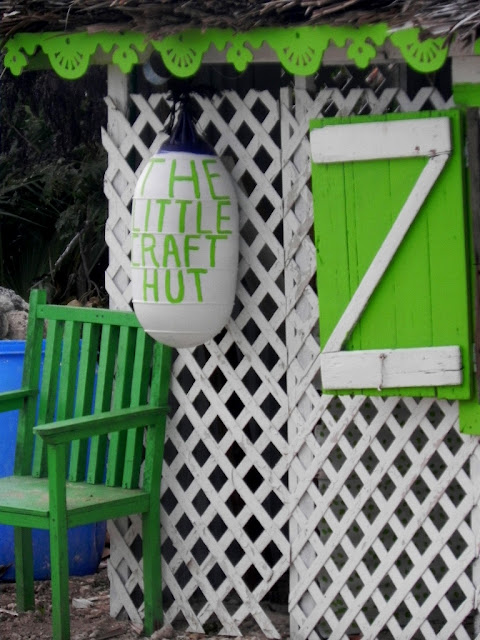 Curalena Higgs-Phillips, a cultural crusader whose forefathers settled in Ready Money Garden, keeps up a charming little village there with local crafts and foods.  I have yet to meet Curalena, but I look forward to the day I do, hopefully at one of the many cultural events she organizes there.  To see this vibrant woman in full color and hear more of the Christmas traditions of Turks and Caicos past please see below:
After crossing the causeway we were soon after at Mudjin Harbor, hands down my favorite beach in all of Turks and Caicos.  Cardinal explained that “Mudjin” came from “Bermudian,” a somewhat obvious deviation that was unknown to me before. 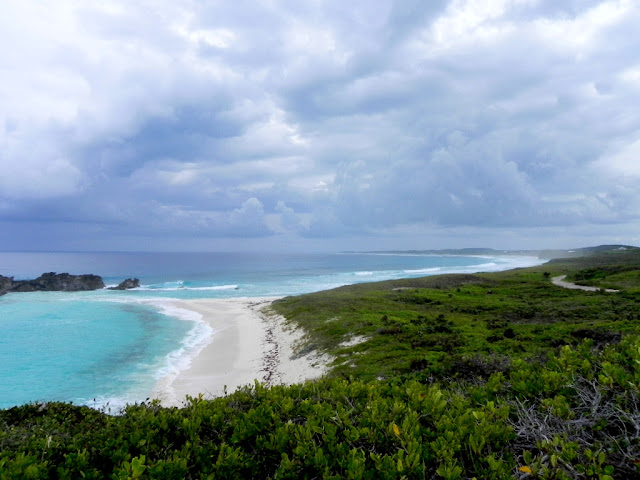 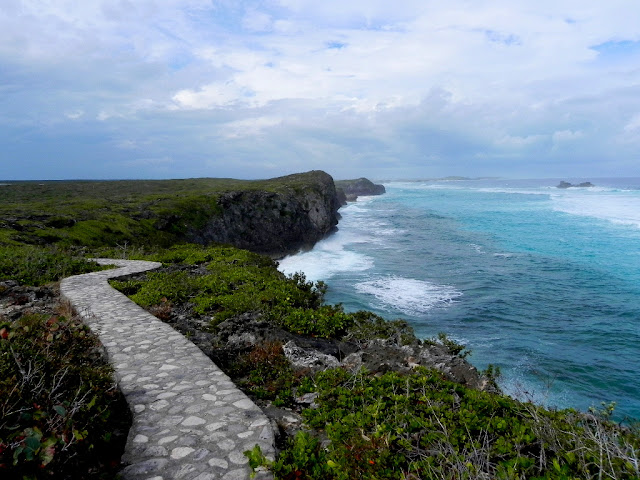 Cardinal said in his youth they would often catch and eat ducks such as these. 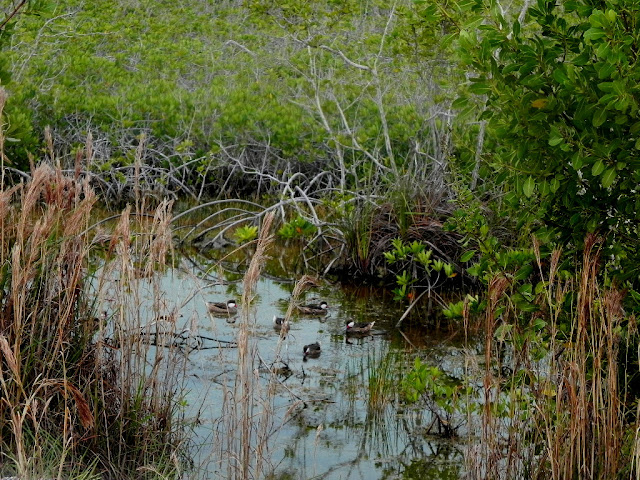 ﻿
Not far away there was an entire flock of flamingos, a rare sight on Providenciales but an apparently common one in Middle. 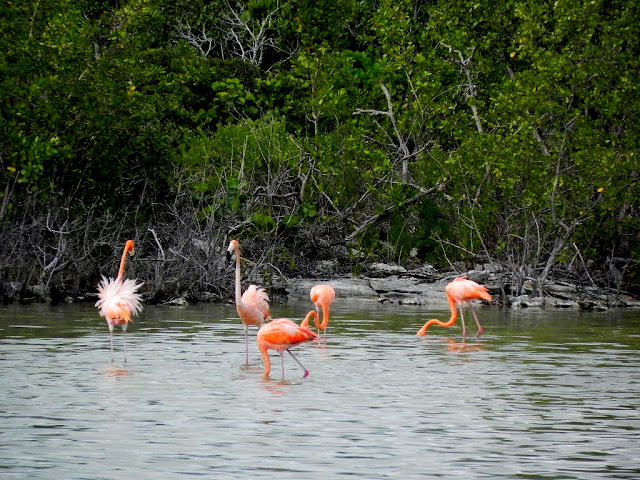 Next we headed to Bambarra Beach 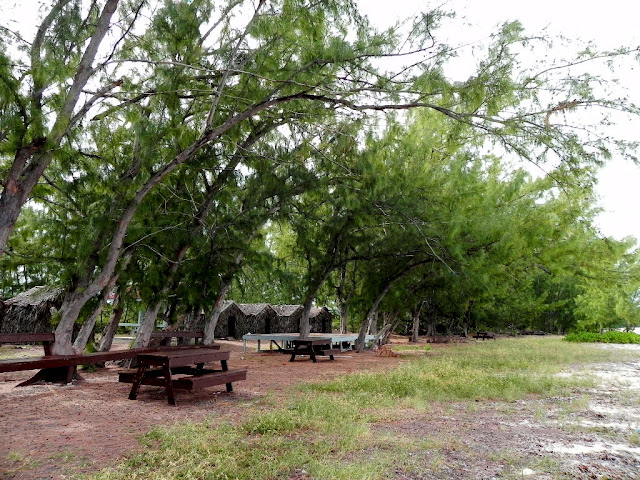 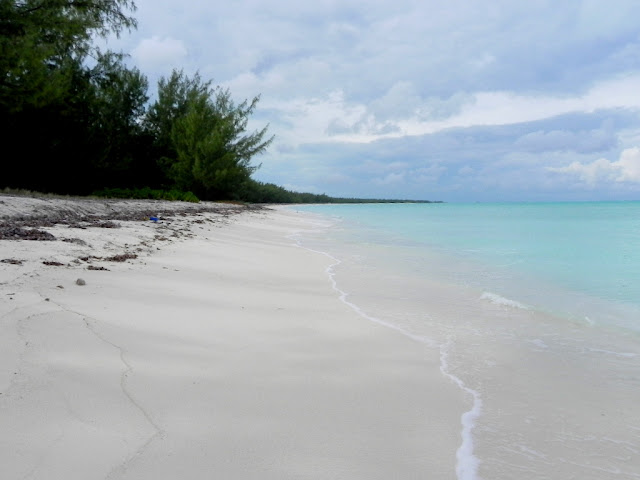 ﻿
Near the thatched huts we came across this conch shell that Cardinal explained was most likely very old as it was knocked using the old method; the pointed end of another conch shell. 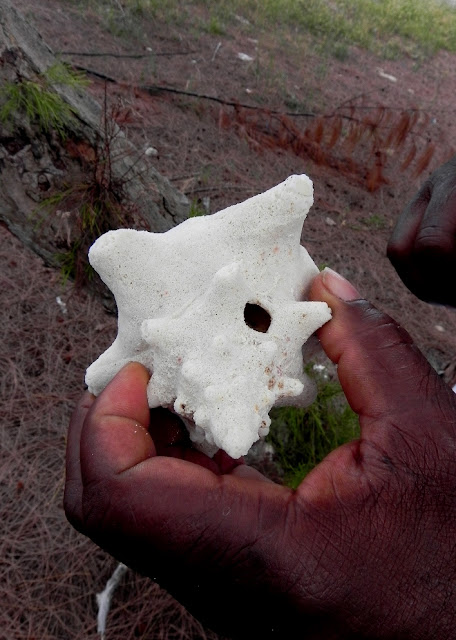 Our final stop was to a little port and dock looking over Pelican Cay.  We found huge lobster shells from a recent catch.  Cardinal could name when most of these sloops were built and by whom. 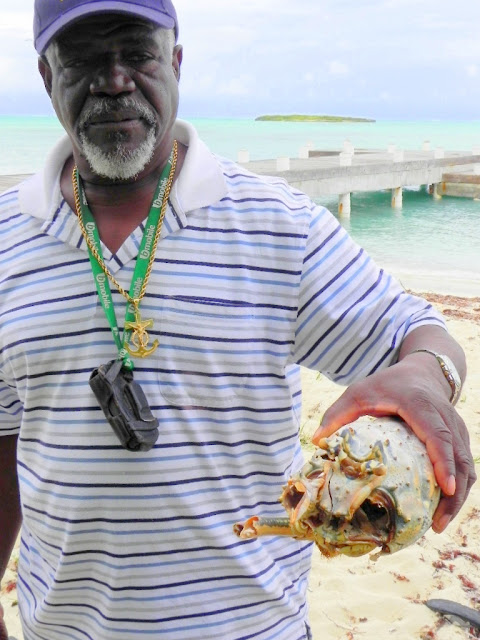 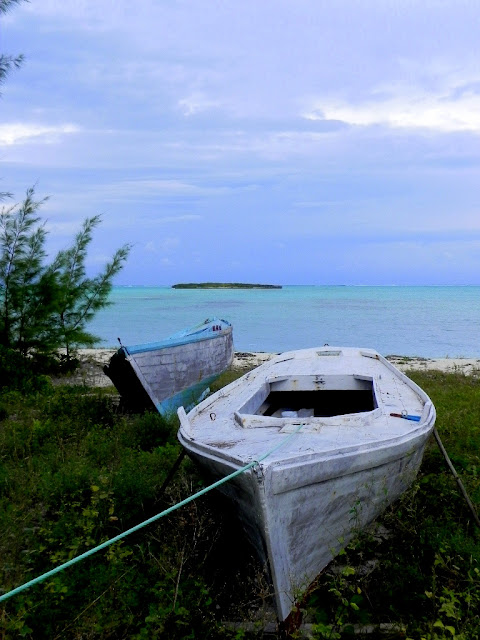 As we turned around the loop in front of the old (and now unused) airport to make our way back to Sandy Point, Cardinal stopped and let me have a lingering look at this Native Pine that he had planted some years ago.  This was the first time in my memory that I had seen a living Native Pine.  Being a member of the Environmental Club I had read about the Caicos-Pine-Recovery-Project and over the years had seen many photos of the dead and dying forests.  This was the first time I could clearly see the shape of the tree and the needle structure of the branches; what a beauty even when sick.  Since 2005, an estimated 90% of the Caicos Pine population has died.  Please contact the DECR to find out what you can do to help.  Let’s keep the Caicos Pine a part of the Turks and Caicos.  I’d like to start a Christmas tradition of cutting a Causarina, and planting a Caicos Pine in it’s place in the fuure.  Thanks to Brian Naqqi and his seedlings, we may just have the opportunity to do so. 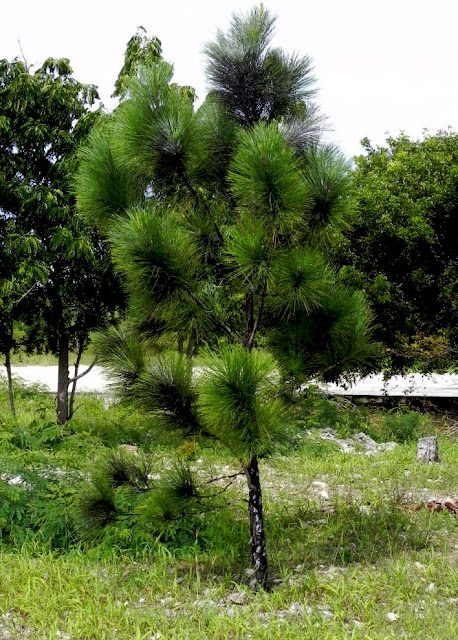 All images by pepperkeystacie
My thanks to everyone who made my day island hopping so pleasant, and especially Cardinal Arthur for making it educational.