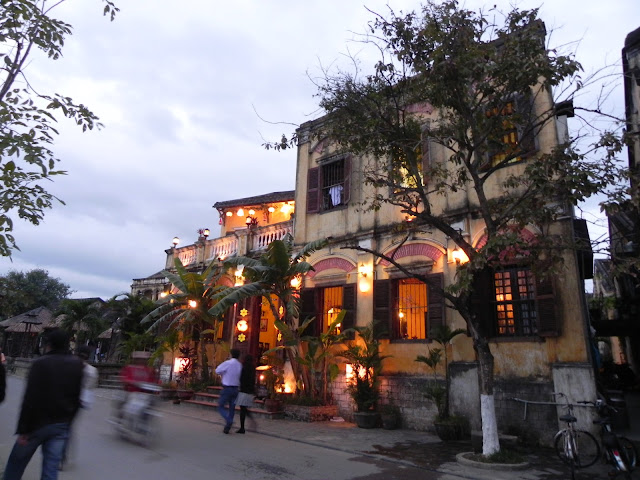 Hoi An is a Unesco World Heritage Sight, Vietnams most important trading port from the 16th to 18th centuries.   Many of the picturesque buildings are protected historic landmarks, some of which show the heavy influence of China and Japan with whom trade relations were strong throughout the history of this charming city. 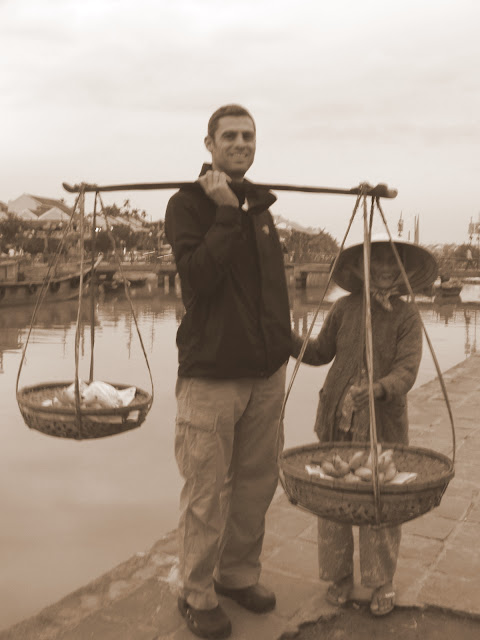 Women young and old carry produce for sale in these traditional twin baskets carried on the shoulder.  They often set them on passing tourists shoulders, encouraging to take a picture, which then makes the tourist somewhat obliged to buy some of their produce. 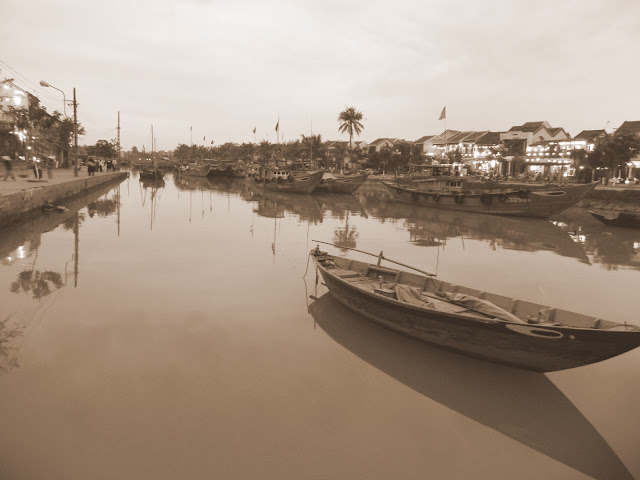 The most popular activity in Hoi An is having custom clothing made, the city streets are full of tailor shops offering beautiful wardrobes. 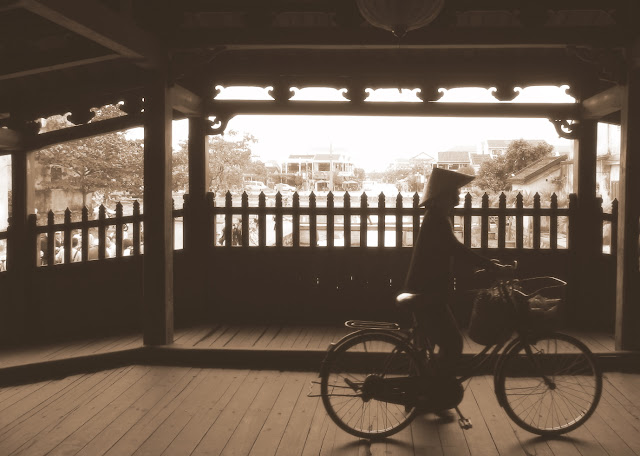 The Japanese Covered Bridge, built in the early 1600’s 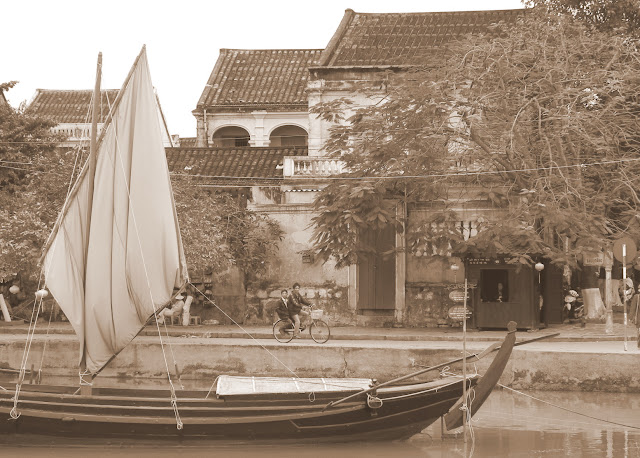 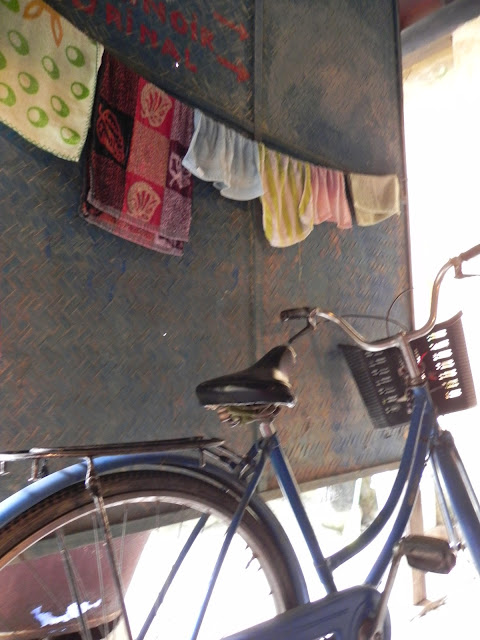 The city is very foot traffic friendly, there are more people riding bicycles than mopeds, a welcome relief after Saigon. 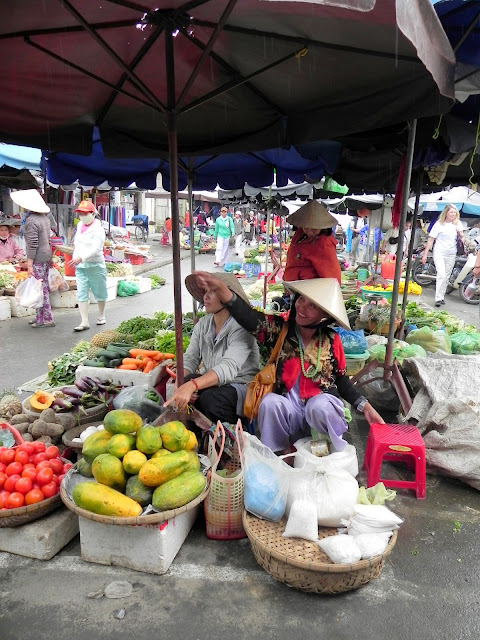 Stephane took a Vietnamese cooking class, firstly touring the market to learn about the various fruits, vegetables, and spices.  The witty instructor would dryly offer such advice as “if onions make you cry, make someone else cut them” and “if they don’t have these particular ingredients where you live, move.” 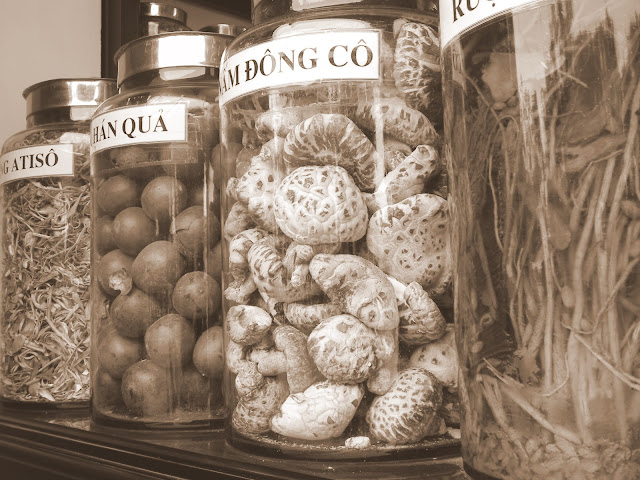 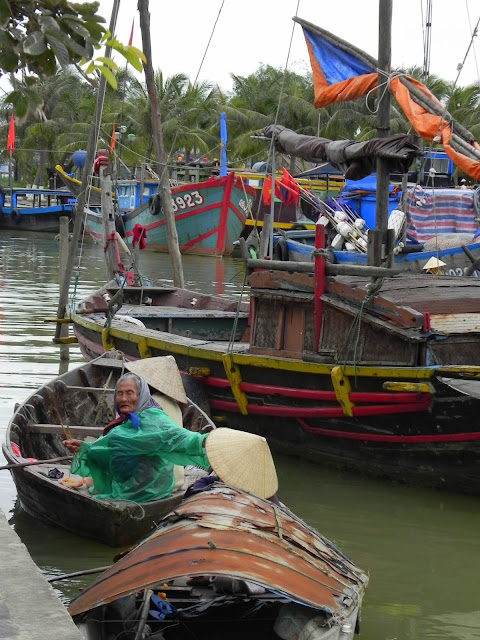 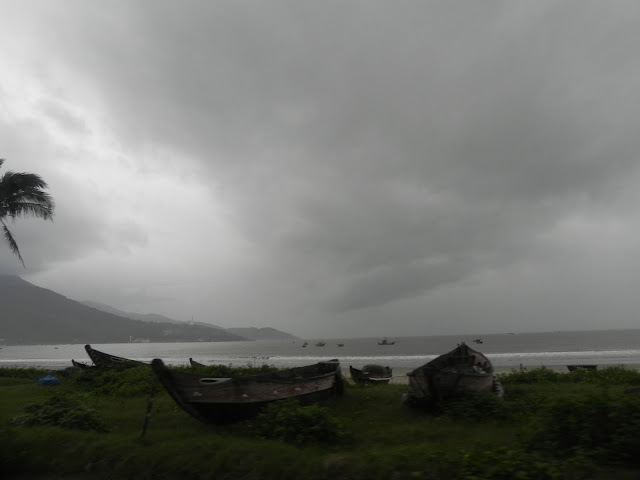 A four hour drive, some of which was along this pretty although grey coastline, and we were in Hue (pronounced Hway). 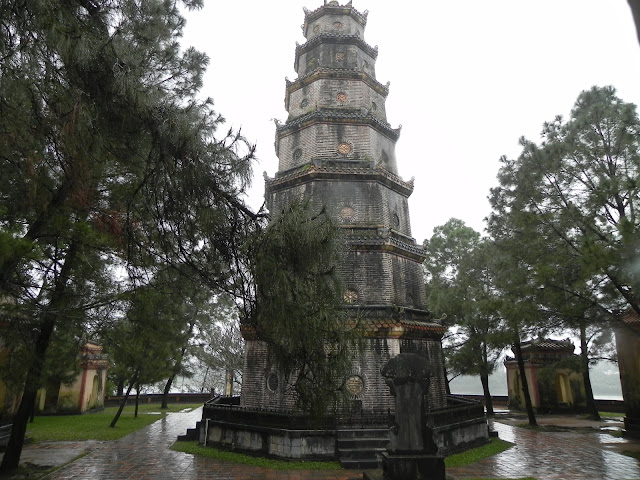 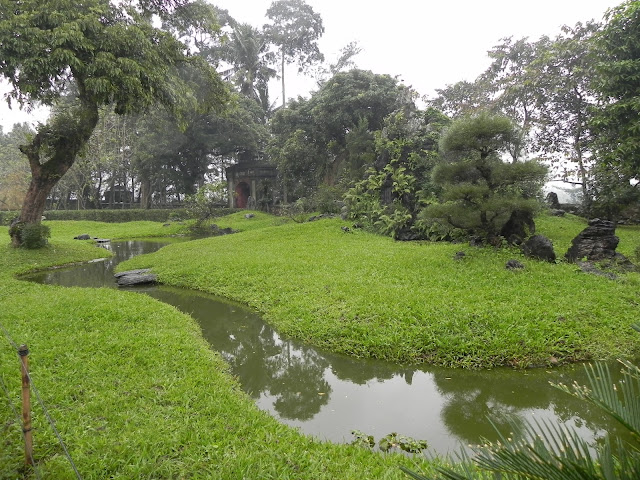 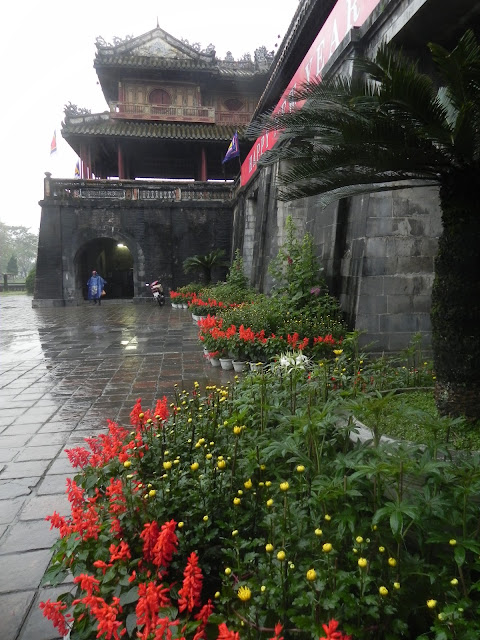 One of the entrances to the Citadel and Imperial City 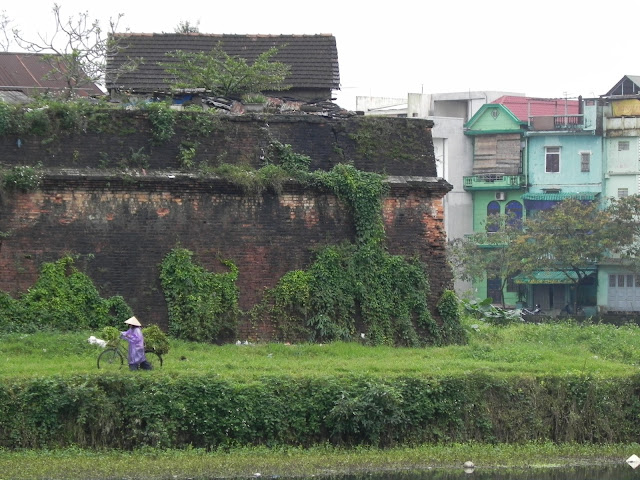 The walls and moats were impressive but unfortuantely no match for the French and American wars which destroyed much of the area. 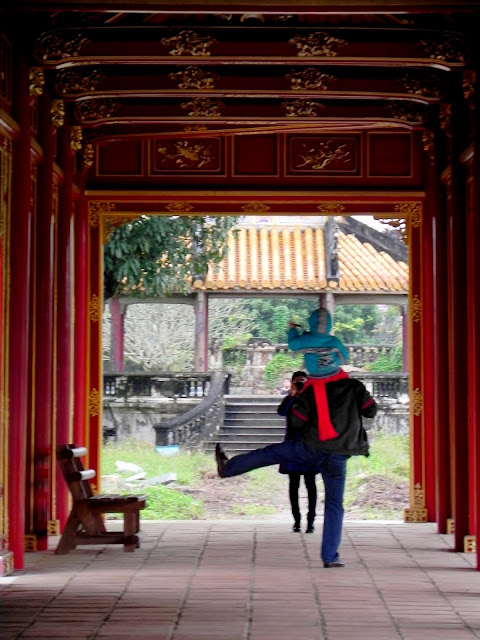 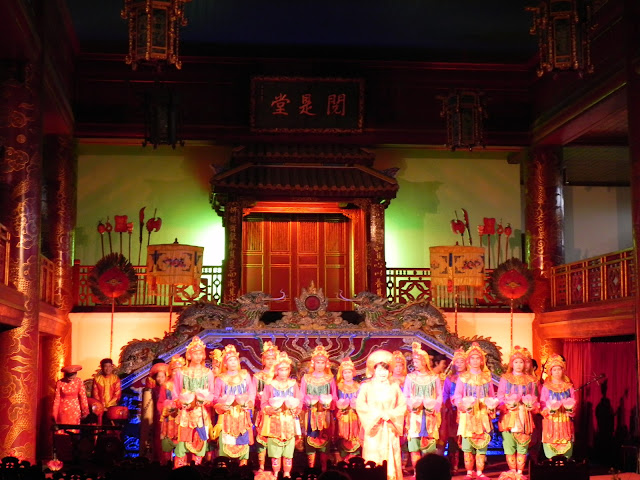 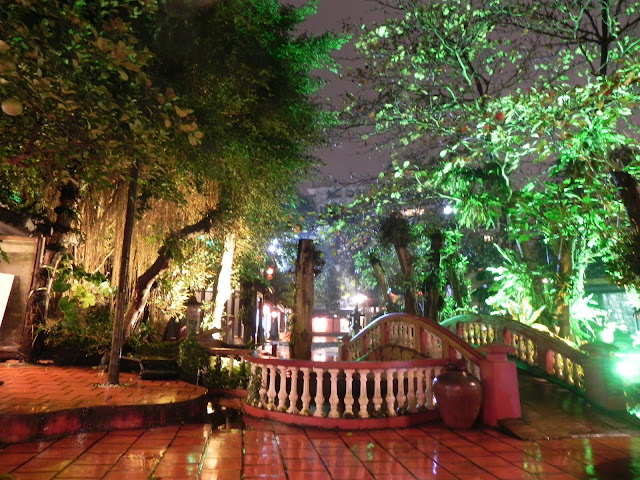 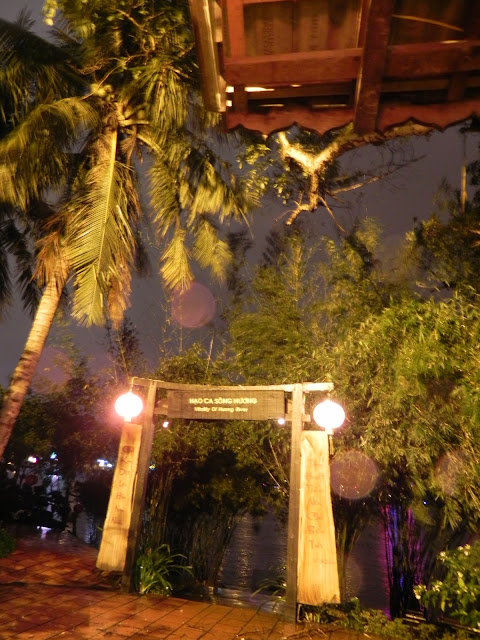 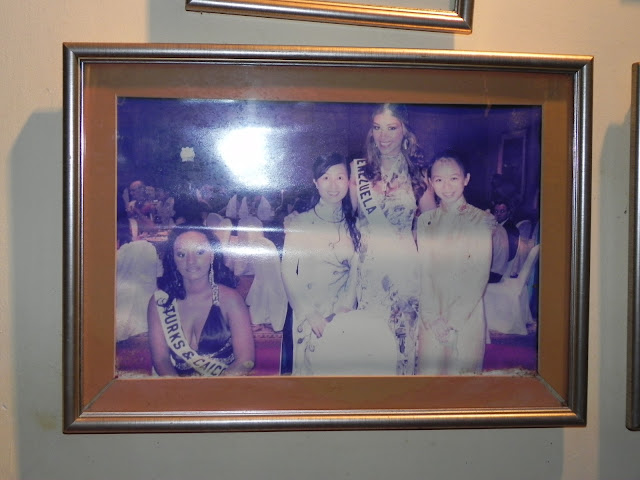 We walked through a textile museum and workshop and watched the embroiderers hard at work.  Then we wandered through the centers garden area leading to the bank of the Perfume River and noticed this picture out of the corner of our eye. Never thought we would have has such a randomn reminder of home halfway across the globe!

One thought on “Hoi An and Hue”