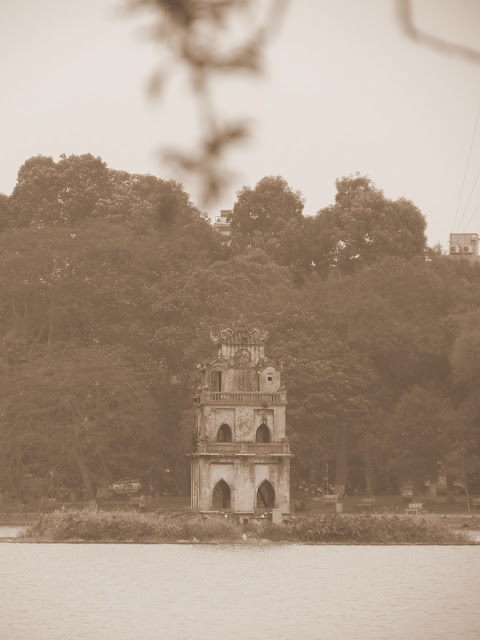 Our first day in Hanoi we visited Hoan Kiem Lake, 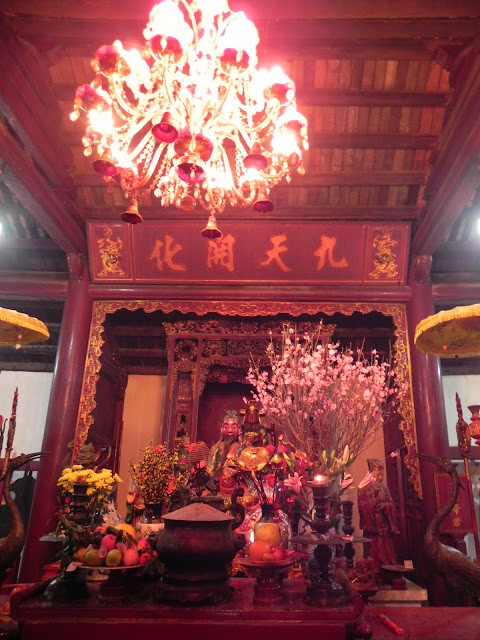 ngoc son temple, which is said to date back to the 14th century, and the One pillar pagoda. 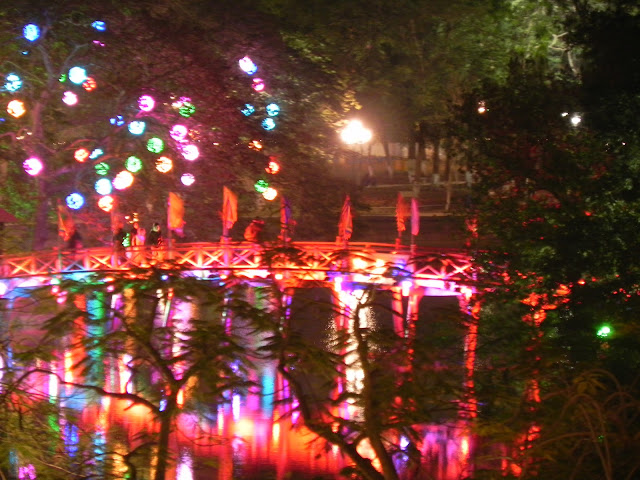 The Huc Bridge at night 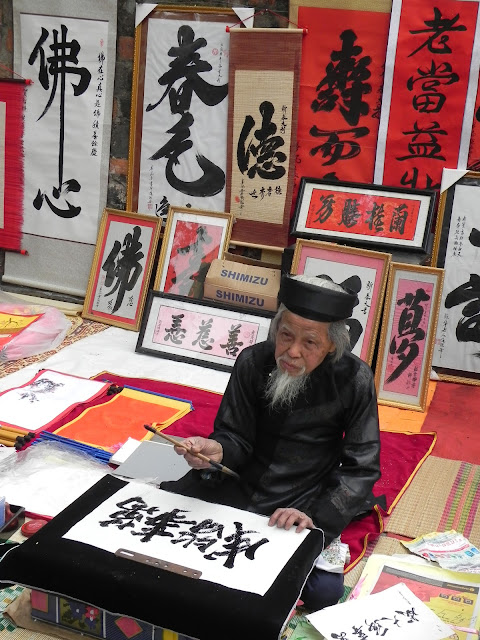 Our second day we braved a walk through the city to visit the temple of literature van-mieu-quoc-tu-giam where fifty or more calligraphers were set up outside the temples walls selling their prints. 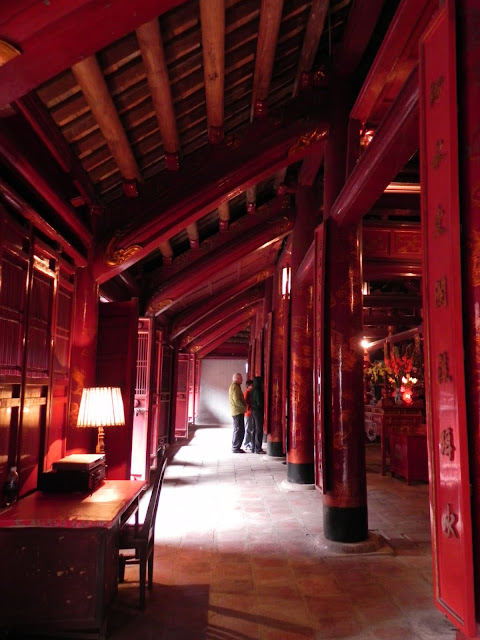 Upon reaching the front gates, I paid the entrance fee to at the ticket counter to this woman who miscalcualted when she gave me back my change.  After bringing it to her attention, she proceeded to take money from my husbands hand claiming it was part of the change she gave back to me!  Again, we tried communicating that she was mistaken, but she firmly waved us aside.  It was such a shame to be entering one of the holiest temples of the city, a place of honorable history, only to be ripped off at the front door.  It ruined the experience and made all the chaos of the streets of Hanoi that much more unpleasant. 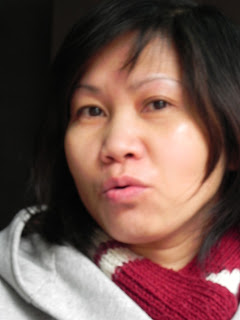 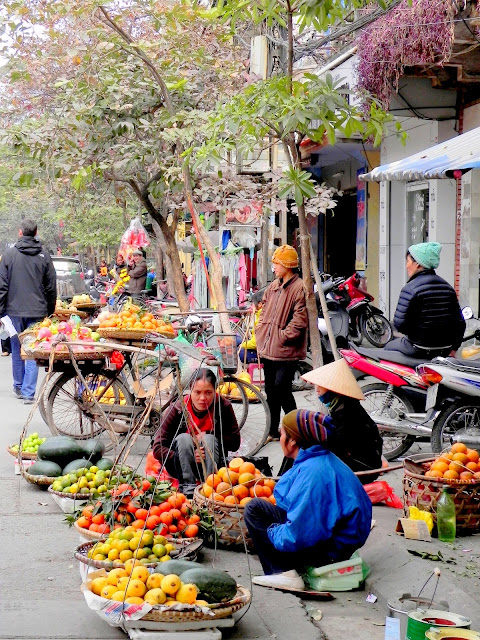 After two incidents of nearly being hit by passing traffic, we decided we had experienced enough of the city and retreated back to our hotel and booked a cooking class at the restaurant next door. 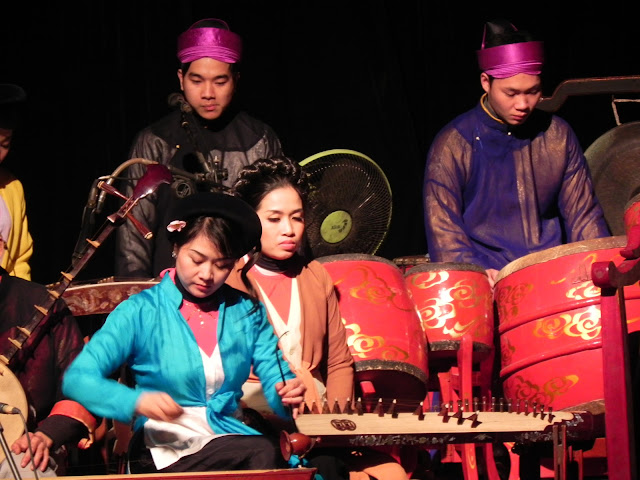 That night we traveled, with the company of our large group, by foot through the city once again to see the Water puppet theatre 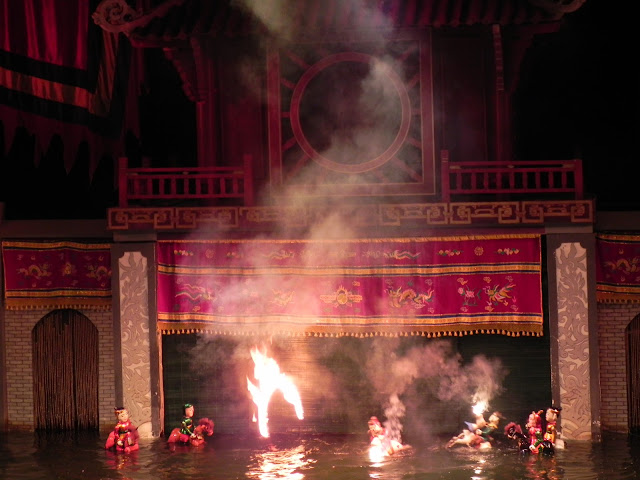 The craft is unique to North Vietnam and in ancient times was performed in ponds and flooded rice fields after harvest. 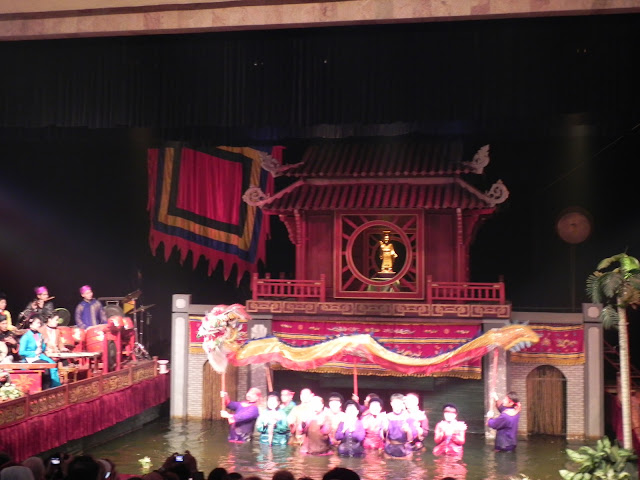 After the finale I sat in the theatre dreading the chaotic walk back to the hotel, dreading crossing streets jam packed with fast moving, honking mopeds.  I noticed that the audience was largely made up of retirement age travelers and gave myself a pep talk that if they could do it, I certainly could do it too.  As we walked out the exit I saw a huge double decker bus pull up and all the golden agers happily climbed aboard.  A fine example of the wisdom that comes with age!