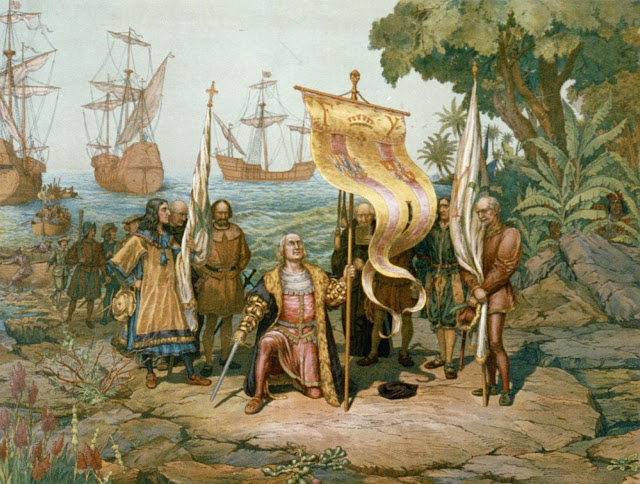 “Columbus Taking Possession” image from connect.in.com
Today, Monday October 10th, is a public holiday here in the Turks and Caicos Islands.  Christopher Columbus indeed has had a far reaching impact on the Caribbean region, he set his exploration foot in Cuba, Haiti, Dominican Republic, Jaimaca, Trinidad, Grenada, Martinique, and of course the country of his debatable first landing and beyond.   A wonderful overview of the man, his life, and his legacy can be read at history.com, please visit there for a better understanding of the exerpt below:
“The period between the quatercentenary celebrations of Columbus’s achievements in 1892–93 and the quincentenary ones of 1992 saw great advances in Columbus scholarship. Numerous books about Columbus appeared in the 1990s, and the insights of archaeologists and anthropologists began to complement those of sailors and historians. This effort has given rise, as might be expected, to considerable debate. There was also a major shift in approach and interpretation; the older pro-European understanding has given way to one shaped from the perspective of the inhabitants of the Americas themselves. According to the older understanding, the “discovery” of the Americas was a great triumph, one in which Columbus played the part of hero in accomplishing the four voyages, in being the means of bringing great material profit to Spain and to other European countries, and in opening up the Americas to European settlement. The more recent perspective, however, has concentrated on the destructive side of the European conquest, emphasizing, for example, the disastrous impact of the slave trade and the ravages of imported disease on the indigenous peoples of the Caribbean region and the American continents. The sense of triumph has diminished accordingly, and the view of Columbus as hero has now been replaced, for many, by one of a man deeply flawed. While this second perception rarely doubts Columbus’s sincerity or abilities as a navigator, it emphatically removes him from his position of honour. Political activists of all kinds have intervened in the debate, further hindering the reconciliation of these disparate views.” 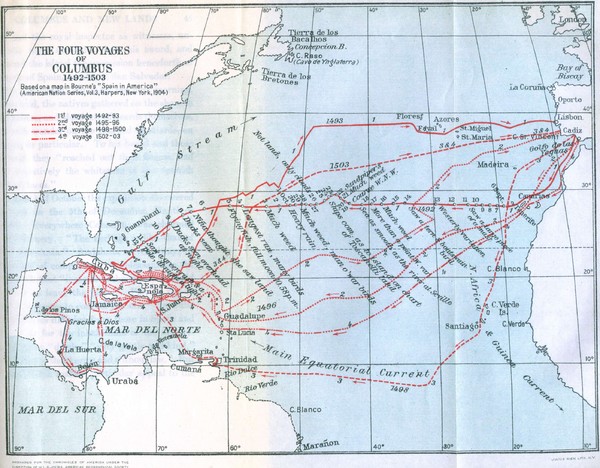