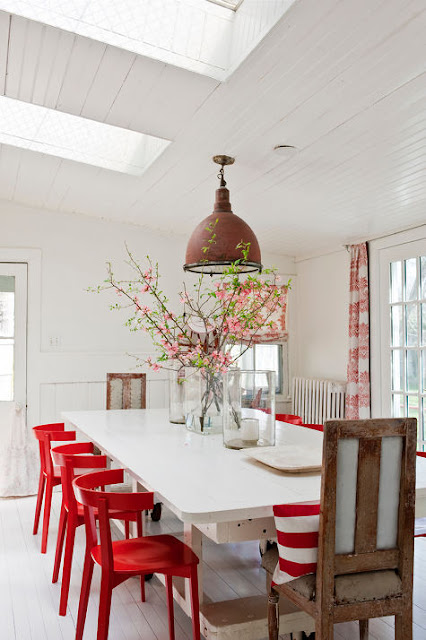 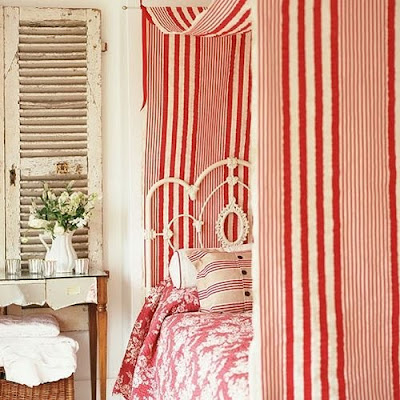 I’m a couple days tardy but I am somewhat new to being somewhat Canadian.  A belated happy national day to many of my favorite people on the planet!  For my fellow Americans or otherwise international readers who may not know, July 1st is the anniversary celebration stemming from the year 1867 when the enactment of the British North America Act took place.  It united the colonies of Nova Scotia, New Brunswick, and the Province of Canada into a federation of four provinces (the Province of Canada being divided into Ontario and Quebec).  Canade became a single country, though the British Parliament had limited political control over until 1982 when the Constitution Act patriated the Canadian constitution.
Though the above interiors are most not likely not in Canada, they feel very Canadian to me;  red and white patriotic color palette, humble, cozy, and country.   To see hundreds of amazing Canadian interiors, gardens, design, and one of my favorite resources,  stop by Style At Home.  The magazine is just as delicious as the site. 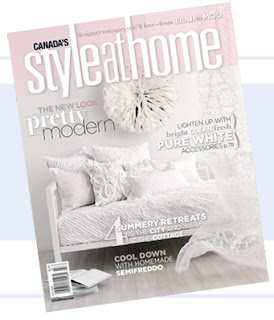