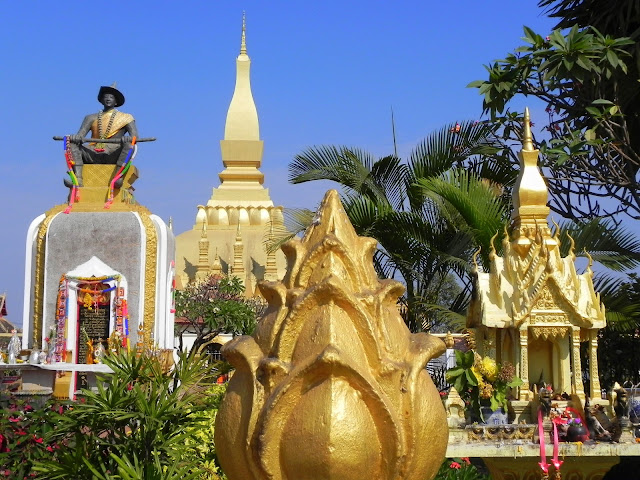 Vientiane, (pronounced Wiangchan) literally the “city of sandalwood,” became the capital of Laos in 1563, moved from Luang Prabang due to fears of a Burmese invasion. The Golden Stupa is the national symbol and cultural pride of the country, originally erected in 1566 and standing 45 meters tall. 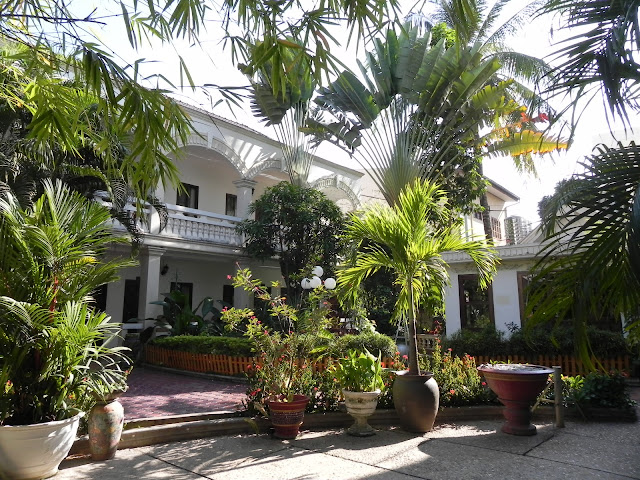 The courtyard of our guesthouse, Mali Namphu 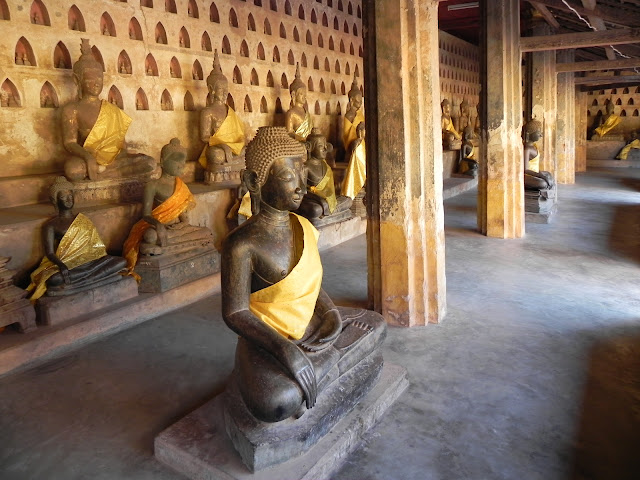 Wat Si Saket is rumoured to be the oldest wat in Vientiane.  Built in the Siamese style, it was luckily left intact and not destroyed during the Siam army invasion of the city in 1827. 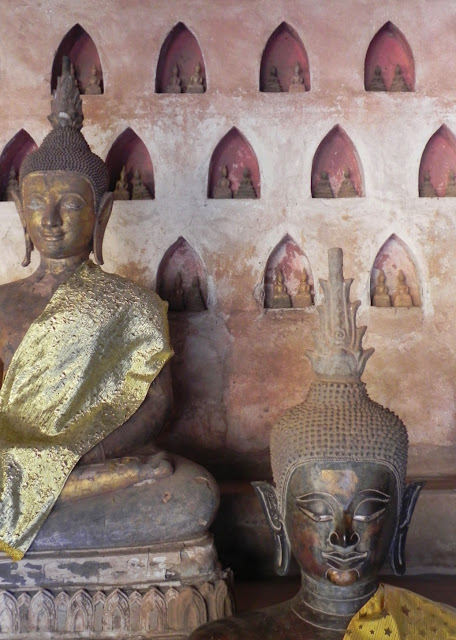 A unique feature is the thousands of niches built within the wall to house small buddha statues. 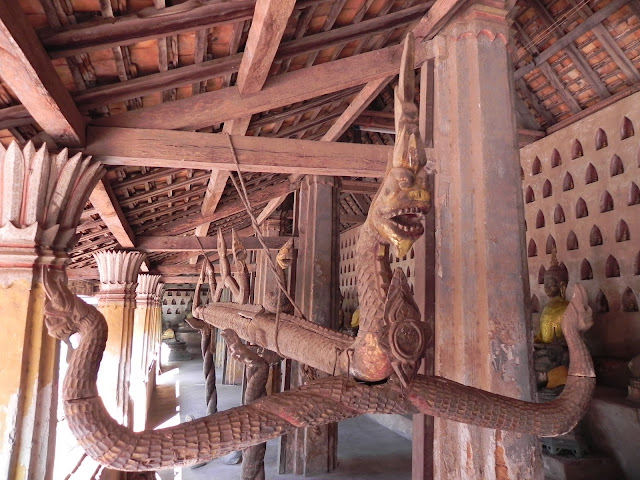 Wat Sisaket is the oldest surviving monastary in the city. Several monks and novices are still in residence here, in part due to restorations by the French in the 1920’s and 30’s. 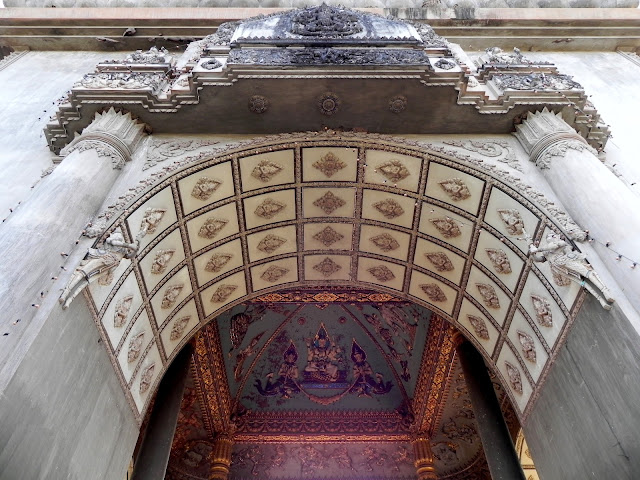 The “Victory Gate” Patuxai largely resembles the Arc de Triomphe in structure but the ornamentation is Laotian with Buddhist depictions. 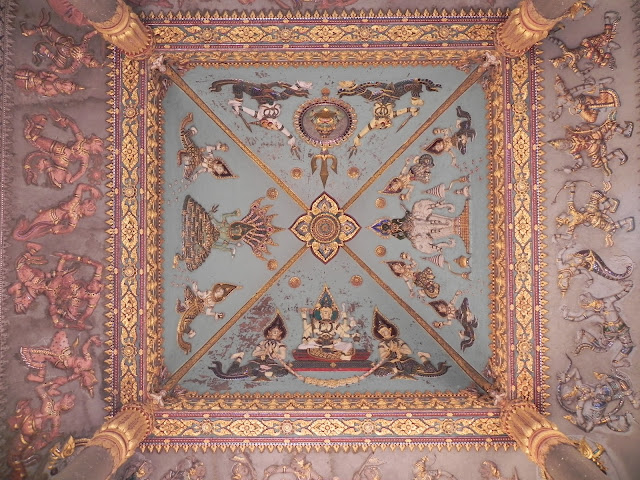 From Wikipedia
“The monument has five towers that represent the five principles of coexistence among nations of the world. They are also representative of the five Buddhist principles of “thoughtful amiability, flexibility, honesty, honour and prosperity”
Wouldn’t it be a better planet if all nations actually adhered to these five priciples?! 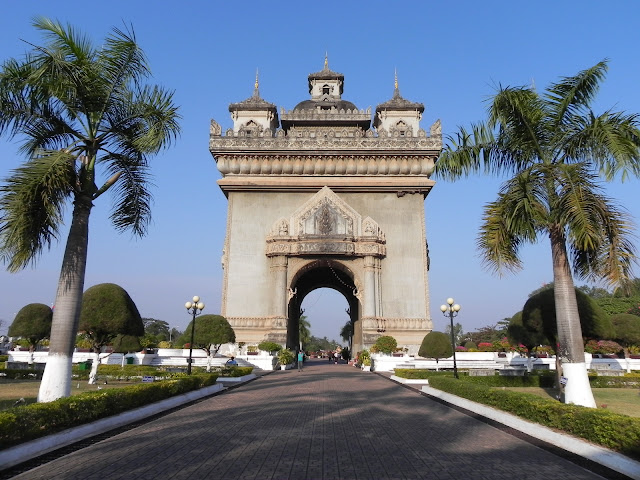 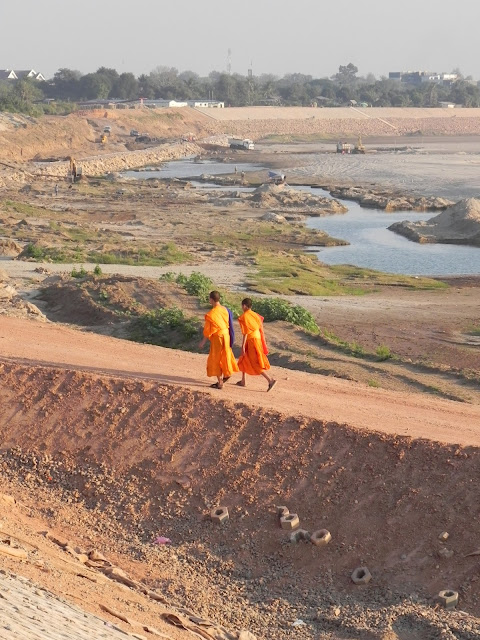 Our last sunset in Vientiane we walked down to the river, stopping for a toasted coconut water (we had never seen this practice before and now want to try it at home).  Unfortunately there was not a lot of river to see.  Modern life is slowly creeping up on Laos, here is an interesting article. 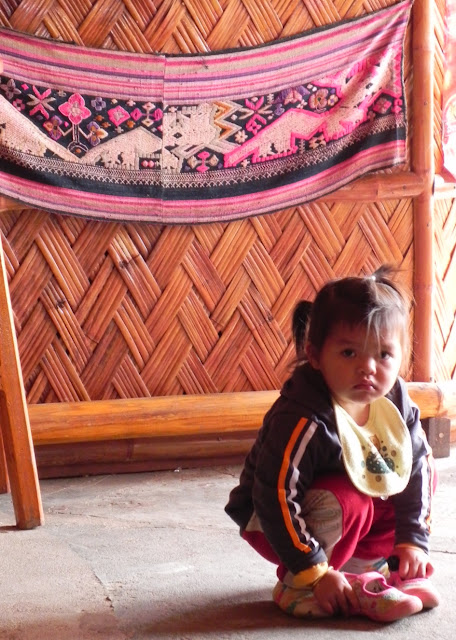 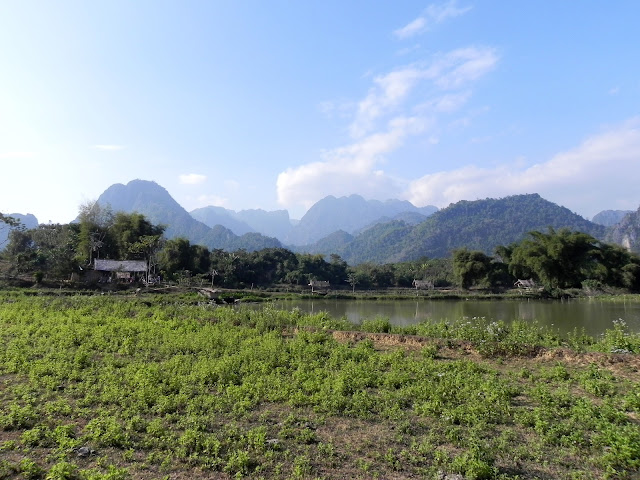 After Lak Xao I thought our giude must be joking when she explained we would be arriving in the backpacker town of Vang Vieng where we would be able to float the river on inner tubes.  Sure enough, as soon as we arrived we saw hundreds of young, water soaked, muddy feet river rafters coming back from what looked to be a day full of hard partying. 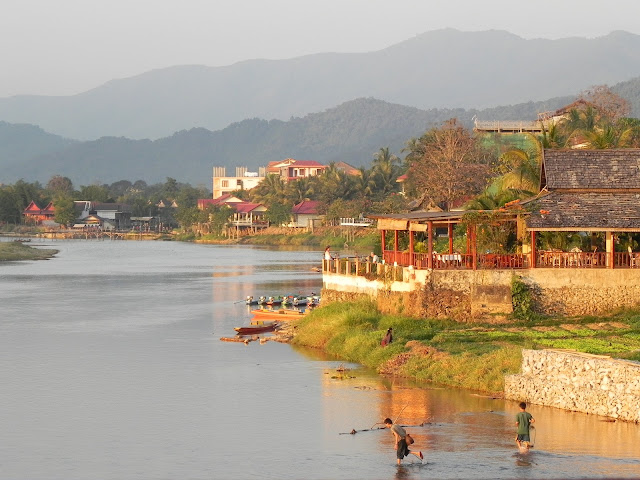 With so much nature around to explore, and at least a decade of age on the vast majority of tourists in Vang Vieng, we decided to skip the tubing and go for caving, biking, treking, and kayaking.  Ten minutes into our big day of adventure, the camera batteries died.  Sadly those spectacular images and memories will stay in our minds alone.