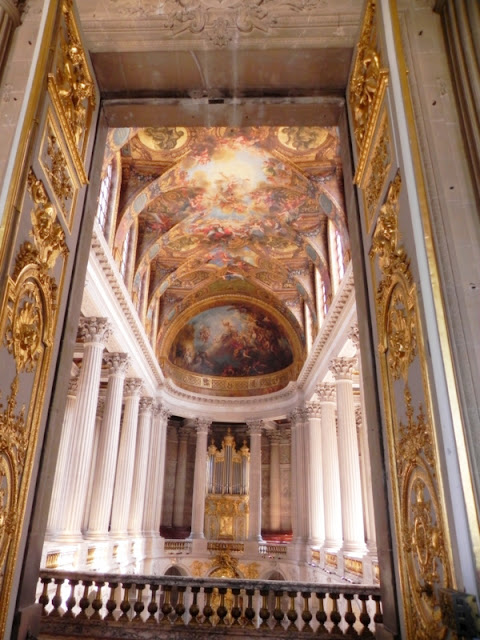 When we arrived in France we picked up our rental car and debated what to do from there.  Plenty of people had advised us to leave it at the airport versus trying to navigate Paris, well known for walking and public transportation.  The map looked like a straight shot from the airport to the hotel, how hard could it be?  Perhaps any other time of year, we should have taken the advice, but as the city was void of the typical mayhem traffic, finding our way to the B & B wasn’t terribly difficult.  We found a parking spot a few blocks away, and as our hotel greeter informed us that parking was FREE for the month of August, we lucked out with leaving the car parked in the same spot until we were ready to depart.  We had found a local telecommunications provider to set us up with a local SIM card and a one month plan for our I-PAD. BEST DECISION EVER!!! 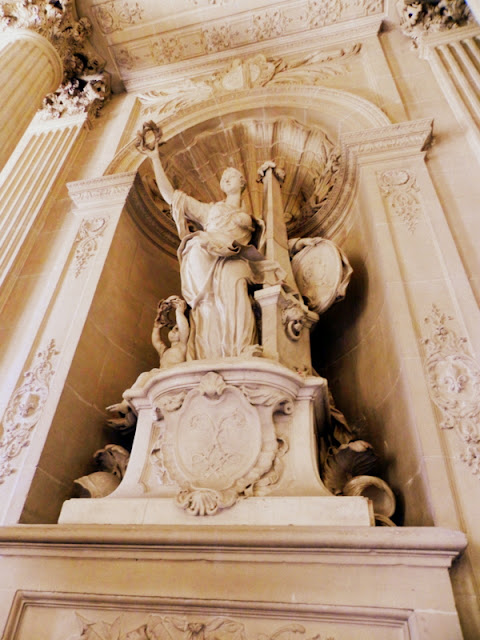 Not only did we have google maps to guide us to Chateau Versailles, I purchased our tickets on the road there!  My online receipt had a barcode which was scanned in lieu of entrance tickets. 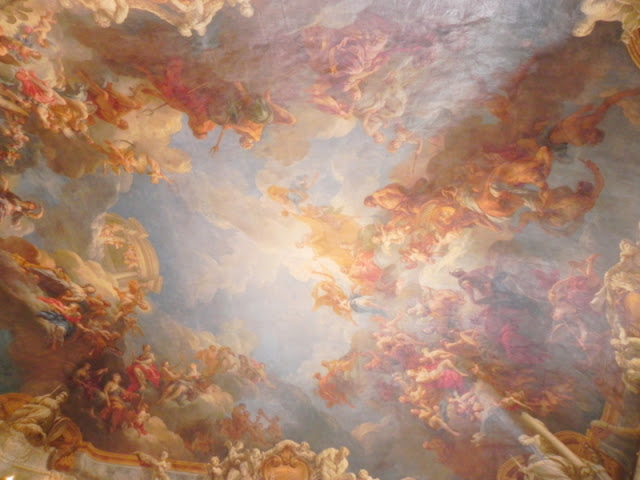 Versailles was a village, documented as early as 1038, but it’s link to royalty began when Louis XIII ordered the construction of a hunting lodge there in 1624.  By 1678 it was one of the largest palaces in the world, and for the Ancien Regime, the center of political activity.  They obviously adored all things lavish and highly decorative; ornate does not even begin to describe the place. 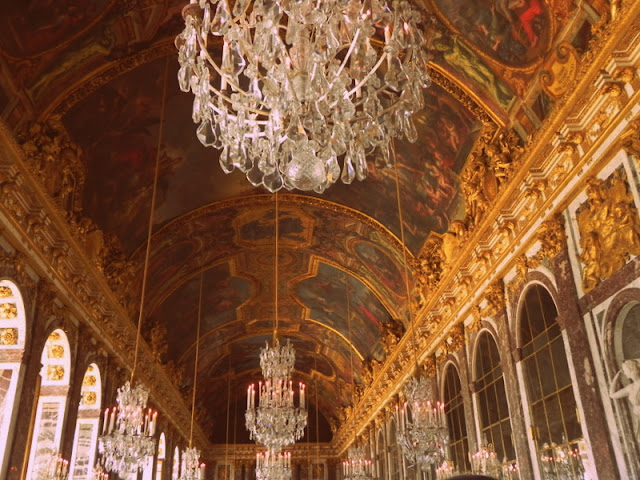 A welcomed distraction from all that excess, were the modern sculptures of Portuguese artist Joana Vasconcelos; 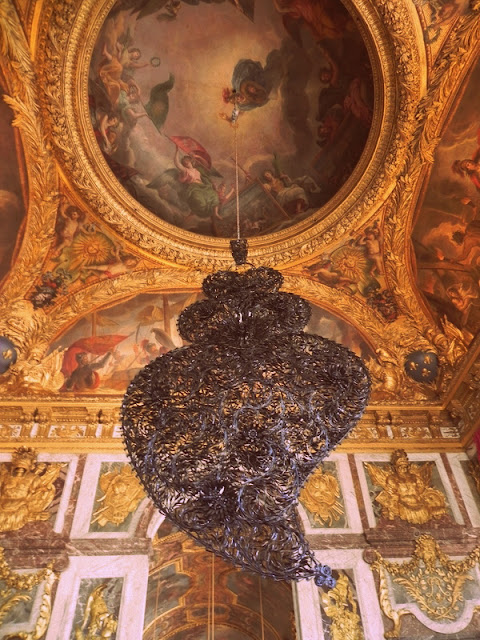 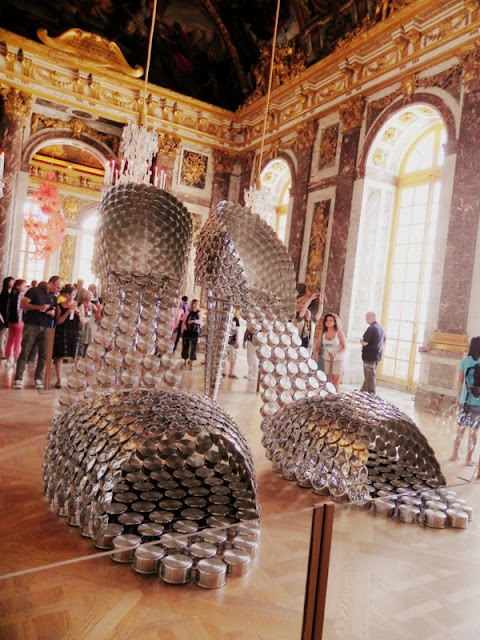 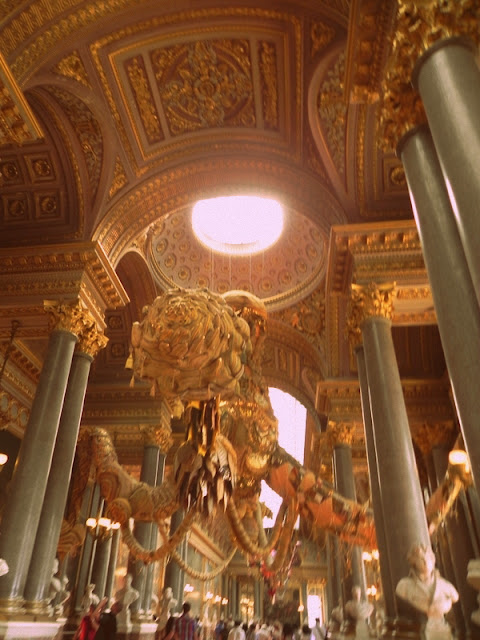 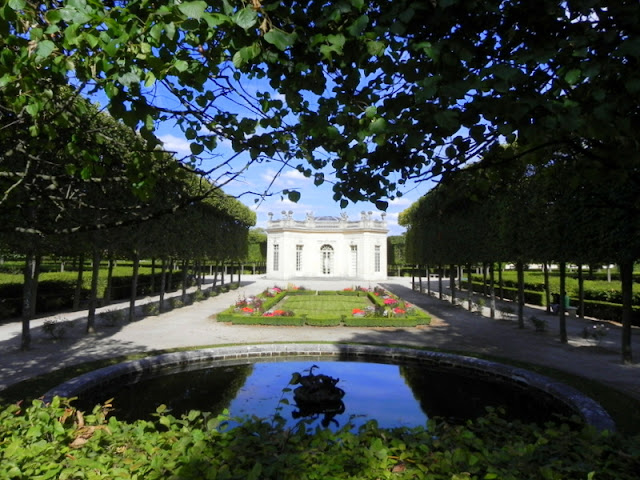 We were running for the door after a few hours of being shoulder to shoulder, tourists packed like sardines, in those countless rooms filled with those countless gilded, marble, crystal things. 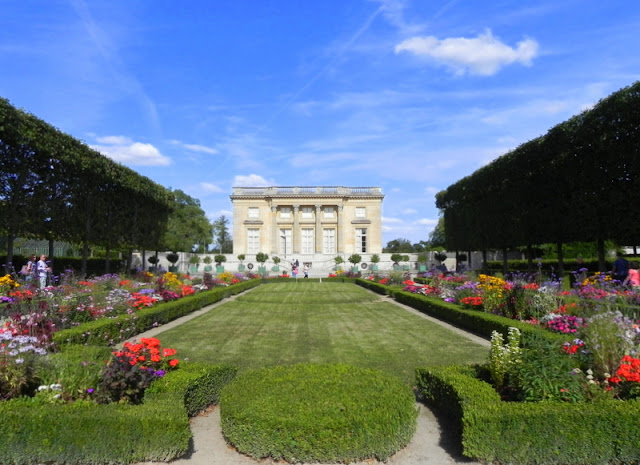 Escaping to the gardens should have crossed our minds earlier as this, 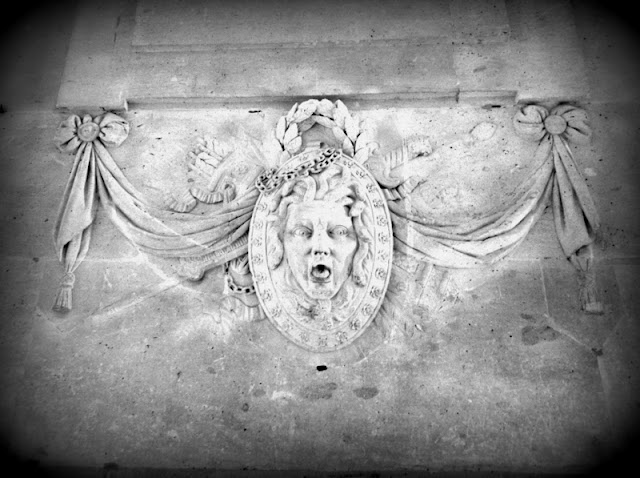 is how we felt at the end of the day!  Not only choking for air from too many people, but a little sick to our stomachs at the thought of all those riches, all those rooms, wasted for an arrogant few.