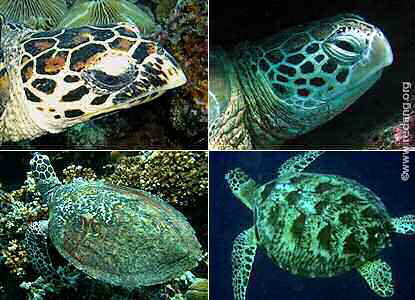 Last Thursday evening I attended a lecture by Amdeep Sanghera, project coordinator for the Turks and Caicos Turtle Project.  The project was born in November of 2008 after arising concerns over declining turtle populations, here in the TCI, as well as throughout the world.  The most common turtles in our waters are the Green and Hawksbill Turtles, both of which are on the endangered species list globally. Current local legislation protects nesting turtles and their eggs but permits the capture at sea, all throughout the year, of any turtle weighing over 20 pounds or measuring over 20 inches in shell length.  The research thus far has shown that there are thousands of young turtles of both species that are frequenting our waters, however the vast majority of these young turtles are hatching elsewhere, countries such as Costa Rica and Mexico. The turtles who are hatching and nesting here are a rarity, and the efforts of this project are trying to ensure that the most valuable members of the species get protected.  These two species of turtles take 25 years to mature to the age of reproduction, and once they have nested (nesting events only occur in the TCI 3 times annually) only 1 in 1,000 eggs has the chance of survival to reach that golden age of maturity.  These adult nesting turtles are essential for the continuation of the species.  These turtles traverse the oceans, and thanks to satellite tracking devices, we are now getting a much better understanding of just how far mature turtles travel and how long they spend in various regions.  You can view the six turtles treks who have been tagged here in the Turks and Caicos Islands here.  Of these six turtles, Suzie has been the most remarkable journey, traveling 145 days from TCI to the British Virgin Islands, Anquilla, Barbuda, Martinique, Haiti, Dominican Republic, Grand Inagua, and finally back home to South Caicos.  The 6,000km journey, perhaps the longest sea turtle satellite tracked migration in the Caribbean, made international news, peaking the interest of marine biologists, turtle enthusiasts, and more importantly, the local fishing community.  To read more in depth on Suzie’s journey please visit The Marine Turtle Newsletter 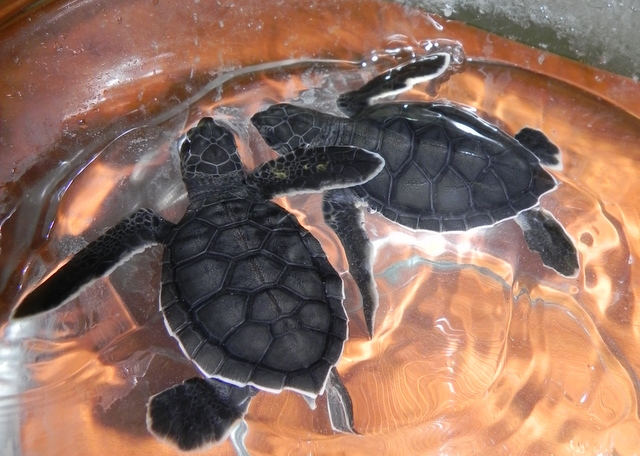 Amdeep Sanghera is a social scientist and a large part of his work within the project is analysing the impact any proposed legislation will have on the community.   His documentary “Talkin Turtle in the Big South” shows just how deeply engrained turtle fishing is in the Turks and Caicos culture.  The film portrays how widely opinion varies on how to monitor and control the practice for the benefit of both the species and the well being of the country.  If you have insight or would like to voice your advice, please contact Amdeep at amdeep.sanghera@mcsuk.org.  The primary goal is a drafted a plan by the end of this month, after lectures and awareness campaigns throughout the country for input, followed by a tour of that draft in April of 2011.  The next step will be final amendments in July to September with a final DECR sign-off in October 2011 that will take the draft forward into law.  To aid this program and further research please click here to adopt a turtle.