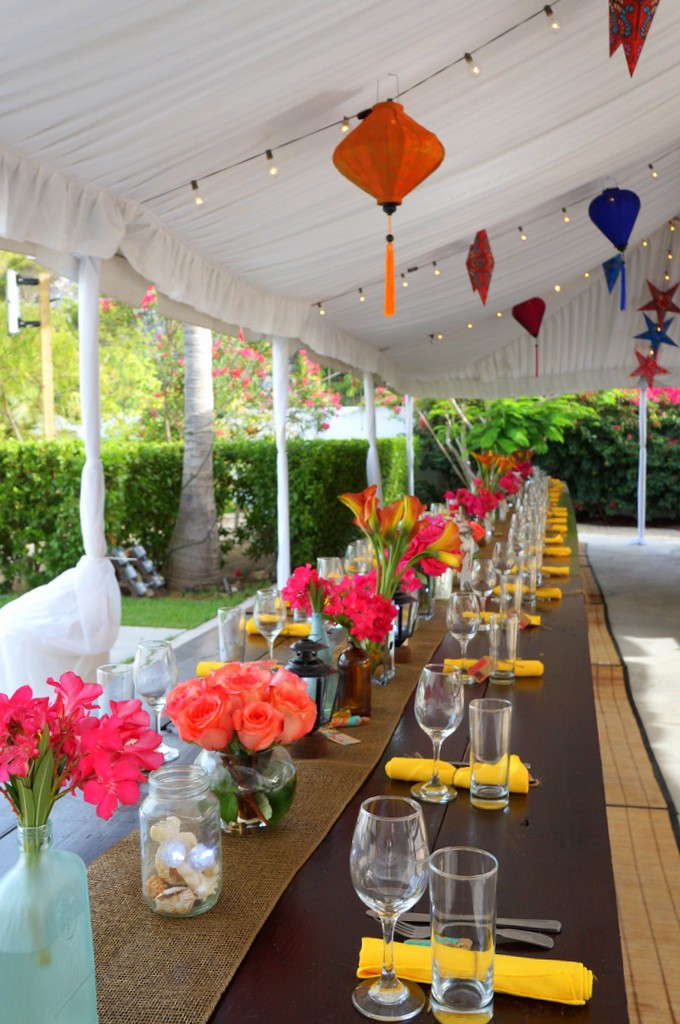 Last September I styled for an Indian wedding at Villa Bella Vita (recently famous due to a Housewives episode).  Apologies for these images, after nearly a year of requesting photos from the photographer and couple I have given up and resorted to using my snapshots! 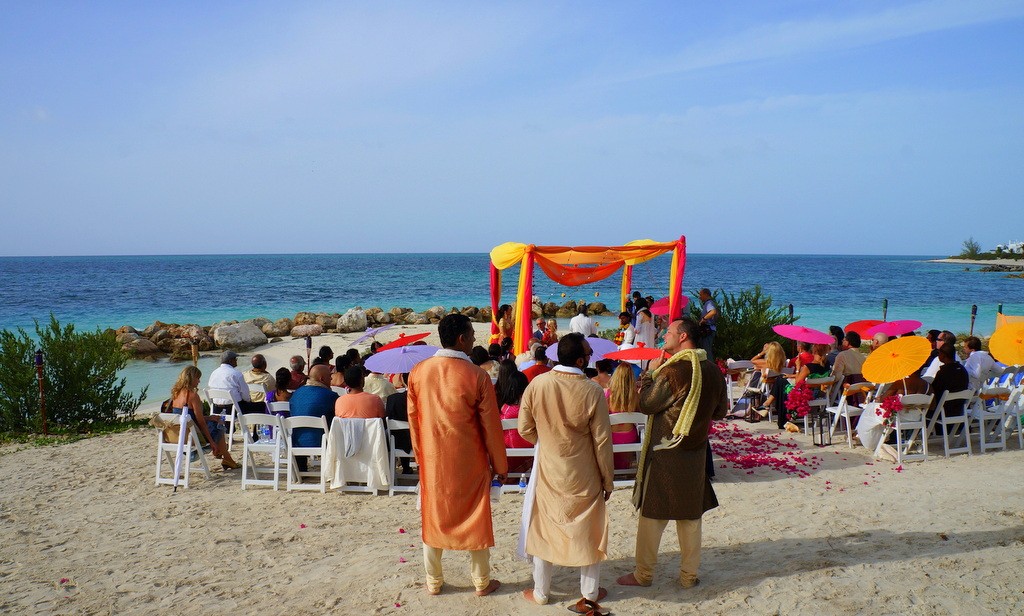 Such a shame as it was a beautiful couple and featured some lovely details!  The largest challenge with this wedding was the mandap which I wanted to look like this but there was a little  . . . .well let’s say big surprise to consider. 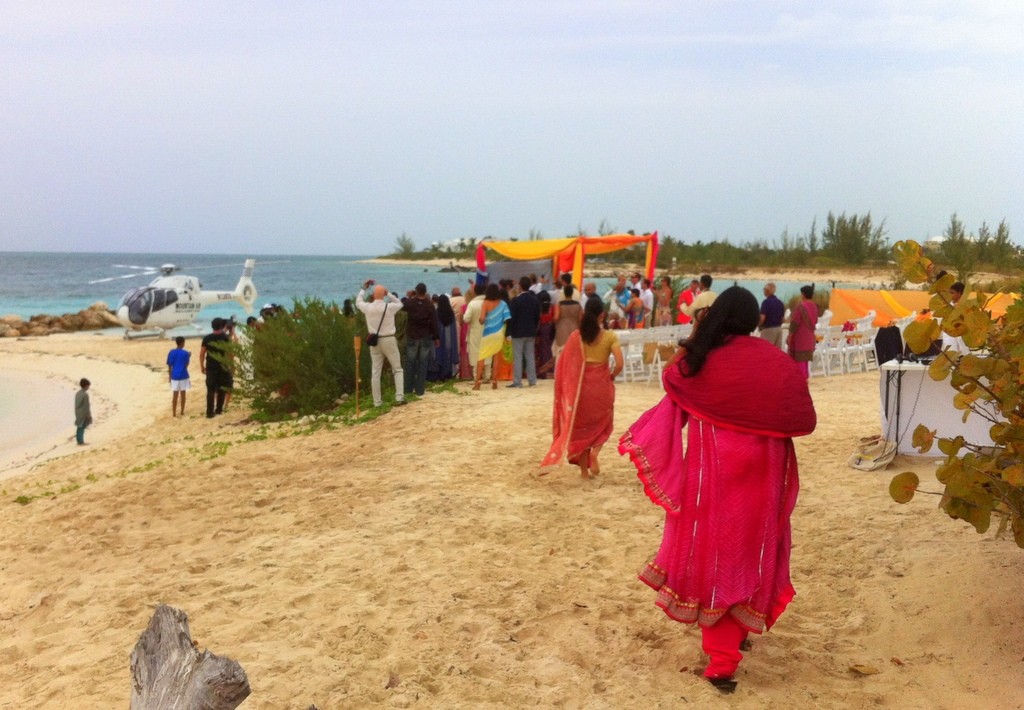 In an Indian wedding the grooms entrance is the grand event and this wedding was no exception.  We have no elephants in Turks and Caicos, and prince charming on the white horse has certainly been done, so here comes the helicopter!  I suppose from watching films I was certain the helicopter landing was going to execute hurricane force winds which would rip the mandap to shreds and cover the guests in a blanket of salty sand.  I kept the mandap draping minimal for damage control and stood way back (as you can see from the above I-phone photo) and closed my eyes when it hovered over the ceremony spot.  Much to my surprise, no whipping winds, no flying sand, no problems . . . whew!  Will know better for next time, if there is one.