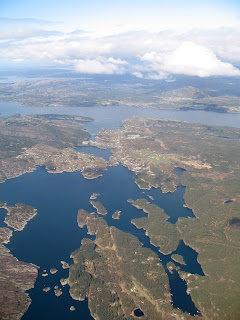 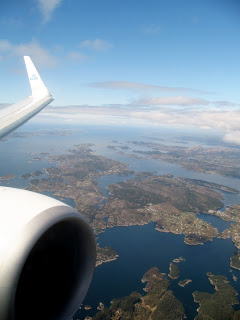 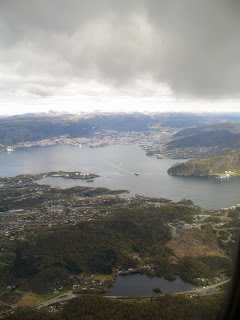 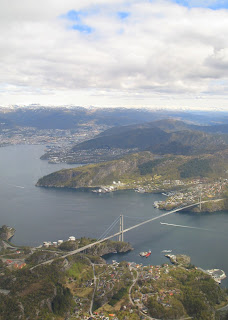 These were my first views of Norway, flying into Bergen.  Moments earlier I had just finished the last page of Summer Light; A Walk Across Norway by Andrew Stevenson, which was a fantastic introduction to the country before my trip (thank you Siri!).  The book gave me a great deal of insight.  I discovered approximately 3% of Norway is cultivated, some 90% is gorgeous, untouched nature and only around a half percent is considered urban.   It is one of the most sparsely populated countries in all of Europe.  Interestingly there are as many Norwegians living in Norway as there are descendants of Norwegian immigrants living in North America, approximately four and a half million.  My ancestors migrated to the US in the 1860’s and 70’s, a small few amongst the 800,000 that made the journey between 1840 and 1923.  Visiting their homeland and learning about the many idealistic qualities and inherent nature of the people has given me a profound respect for my bloodlines.  In the book there is a reference to a journal entry where a traveler relays how Norway stayed in his great grandparents hearts long after they moved to America and now, for this family on their first visit, it will forever remain in theirs. My sentiments exactly;  though I left three days ago, I have dreamed of the majestic mountains and fjords every night since my departure.  The fitting words to the Norwegian national anthem:

som det stiger frem, (as it rises forth,)

med de tusen hjem. (with the thousands of homes.)

på vår far og mor (of our father and mother)